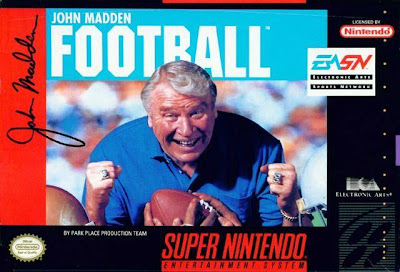 While Madden Football is an easy favorite for many gamers, I would bet many of those fans were never around for the early releases. I hear the Sega Genesis version was pretty sweet, but I wanted to give the SNES version a try first. 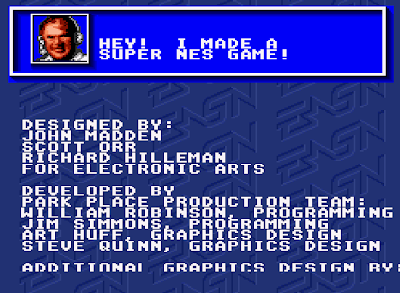 This is also back when EA cared about promoting John Madden in the football video games. I think the newest releases don't even feature his voice anymore. Sad really....... 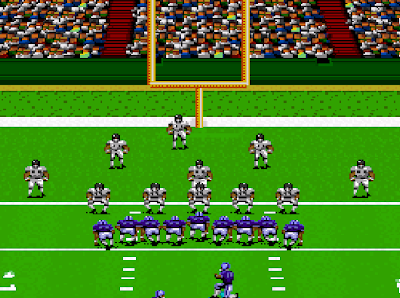 Well anyway, John Madden Football on SNES isn't totally bad. Compared to the older NES football games, this game is pure gold. It's got all your favorite teams (well the ones around at the time of course), a big playbook, extra modes, and a lot of stuff the series still uses. 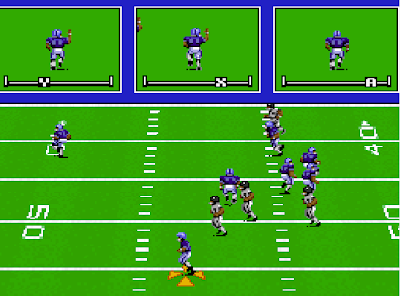 There is one fatal flaw with the game, and that's the technical limitations of the SNES. The framer ate does not run smooth which really effects gameplay when you're in a heated moment. Also when you pass you get a zoomed-in view of the players around you. Doesn't sound too bad, but it kills your view on defense. It's a shame really, because it seems like EA put a lot of effort in trying to make this the best football game ever in the early 90's.
Score: 5 out of 10
Posted by Adam at 8:08 PM

I liked this game very much! :D