A Look Into History: Kanko Maru 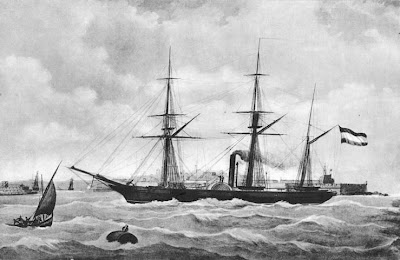 The Kanko Maru was Japan's first steam-warship. It was originally a Dutch ship named the Soembing. After American ships forced Japan to open their ports, Japan was in heavy need to modernize itself to protect it's interests from Western military power. 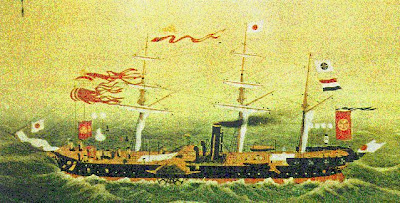 Luckily for them, they've had good relations with the Dutch for years. They were their sole trading partner among the European nations. So the Netherlands gave them the ship as a present, and they renamed it the Kanko Maru. It became part of the new Imperial Japanese Navy, and she didn't see to much action. She was scrapped in 1876. 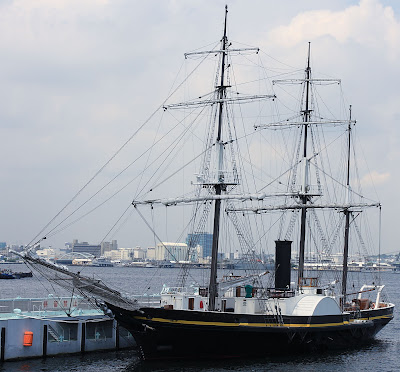 A replica exists today in Japan. It requires a 14-man crew, and can carry 300 passengers. It's purpose is merely a bunch of short-day cruises for tourists.
Posted by Adam at 2:26 PM