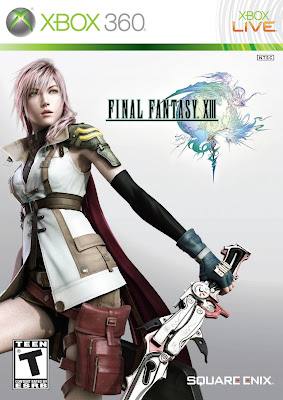 While I like most video game series, I've never gotten into the Final Fantasy series that much. I started with VI and got stuck, then with V and hated that one. I tried the DS remake of III and loathed it, and kinda enjoyed IV on SNES. XIII however is my first "modern" Final Fantasy with 3D graphics, beautiful cut-scenes, and whatnot. 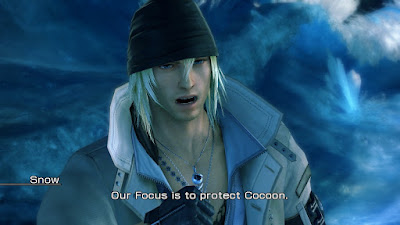 The game's plot is very enjoyable so far, and I like how it's done with a back-story told through flashbacks instead of one very long and boring intro cut-scene.  I don't like the doom and gloom theme though, makes me a little depressed for the characters. 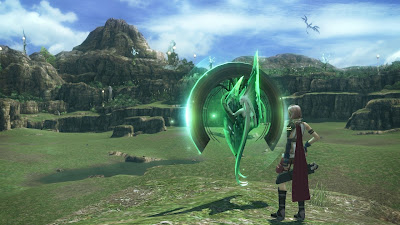 I just got passed the first real area and onto the crystal lake where all your powers start to come to your disposal. I like the new battle system, though there's a lot of complicated mini-managing I'm hoping won't be frustrating later on.
Posted by Adam at 3:49 PM