My The Legendary Starfy Impressions 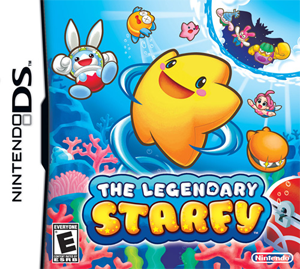 I really liked the Kirby series ever since I was a child, and I heard that in Japan that they had a Kirby-ish series we never got. Apparently the Starfy series never made it to America until the 5th release, but it's better late than never. 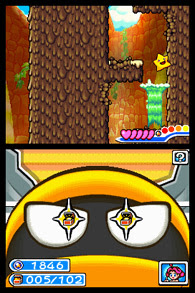 Granted the game isn't exactly Kirby per se. You don't adsorb enemy's powers and you don't exactly fly in the air. However Starfy can get power-ups (like a fire-dino suit) and glide very well in the water. 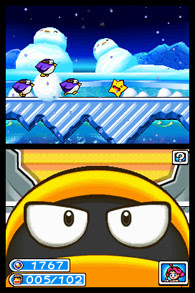 I really like the game's sense of humor and characters so far. The gameplay is simple enough and easy to get into. I can't wait to get more time with this.
Posted by Adam at 11:45 PM