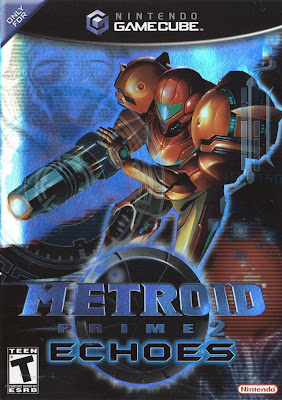 I remember loving the original game to the point where I would play it for hours on end, and trying to find every corner of the digital world. You could say I was excited to hear that a sequel was being made. I bought the game soon after release, and I was so disappointed. 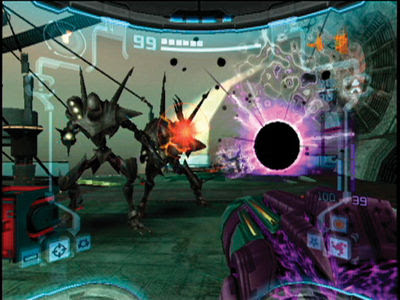 The game was mostly the same formula as the original. Except just one major gimmick, and I do stress the world gimmick. There's a light world and a dark world in Echoes, and Samus has travel back in forth throughout the whole adventure. 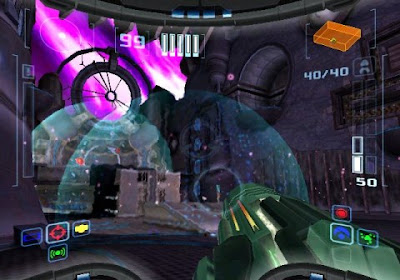 Which sounds pretty cool until you find stuff like this. See if Dark World, Samus gets hurt even in her metal suit. She must take refuge in these little space bubbles to survive in the evil world. They also limit her ammo for the dark versus light concept, which just makes things worse. It was a neat idea, but it made the whole quest even more confusing and ruined the whole game for me.
Posted by Adam at 11:47 AM

Never owned a gamecube, kinda wanted one for the twin snakes version of MGS.