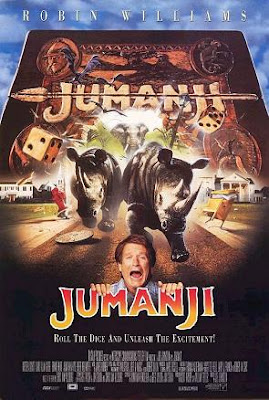 This is easily one of my favorite movies as a kid. Near it's release we also read the book it's based on in school. 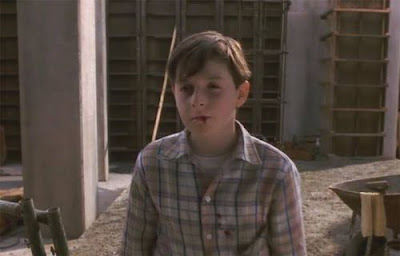 In short some kid named Alan gets beat up and picked on and his father doesn't pay much attention to him. A girl he like plays a strange board game with him, and he gets sucked into the magical word inside. Years later two kids find the game and Alan is eventually released. 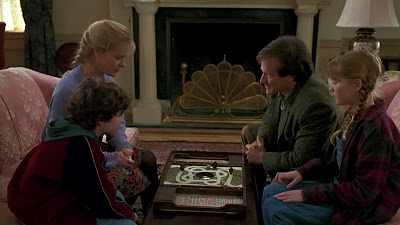 For "fun" they play the game until it's completion. 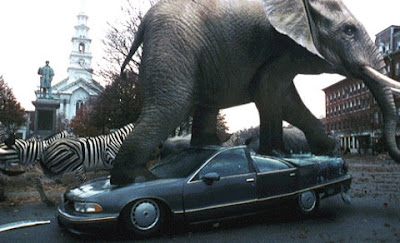 Which wasn't such an awesome idea.

I liked when Alan met back up with the cop his dad fired at the shoe factory. Happy memories. 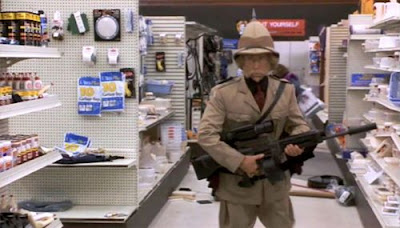 My favorite scene was when the hunter guy started the rampage in the store.
Posted by Adam at 2:47 PM

One of my favorite movies. ;)

This movie blew my mind when I was a kid. Rewatched it a few months ago and the graphics was still stunning even for a movie that is more than 10 years ago.