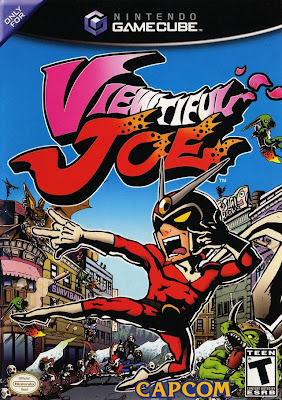 I remember this being one of the most hyped games that Capcom ever had lined up for the Gamecube outside the Resident Evil series. It had a lot of promise and a lot of good reviews so I got it the Christmas of the year it came out. 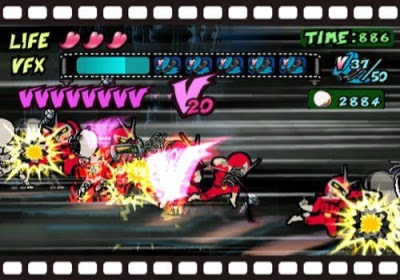 I really liked the "old-movie" look and feel the game had going for it. You were even set in a story where Joe is sucked in actual movie and must fight his way out of it. 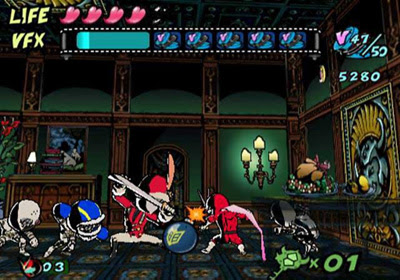 It featured cool powers like speed-up, slow-down, and a few others. The only thing I didn't like was the difficulty later on. They would pile crazy feats for you to overcome. It was a bit insane, but good.
Posted by Adam at 1:04 PM

Wish I had played this game.