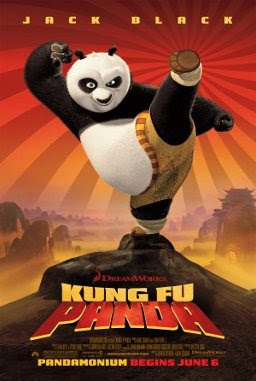 I heard of the movie for awhile now, but never really took any chance to see it. After seeing some recommendations, I decided to check it out for myself. 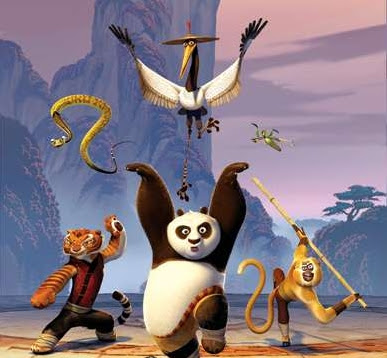 I really liked the Panda character Po, though the other heroes besides the 2 kung fu masters were a tad lame.

The main villain was alright, too much hype and not much delivery.

Though I admit, it's a pretty good movie despite my qualms with certain parts of the film itself. It's got a bit of humor and the story moves rather quickly. Great for the kids, but if you're older you won't feel bad if you skip it.
Posted by Adam at 4:18 PM

I watched this movie three days ago. It was not bad.

I like the cartoon animation in the beginning. That was pretty badass... if only the whole show was animated that way.