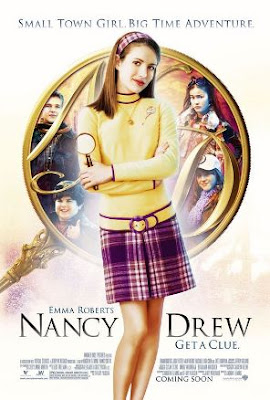 My girlfriend picked this up from the library, and since I'm forced to watch what she watches, I had to tag along. So...I never really read the books, and I didn't even remember this movie ever coming out. I noticed some actors I've seen in other things (i.e. washed up) and a random cameo from Bruce Willis...for a second I thought his daughter starred in the movie. Apparently not. 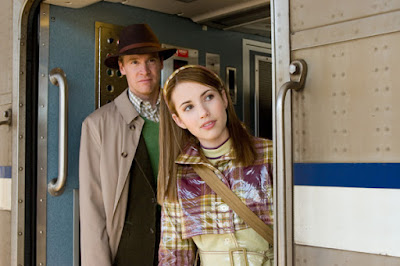 Even though I've never read one Nancy Drew novel, I know the basis of the series. Some girl likes solving mysteries, and yes this is what the film is about. In the movie Nancy is almost an inhuman example of perfectness. Which gives her a bit of grace and charm I suppose. 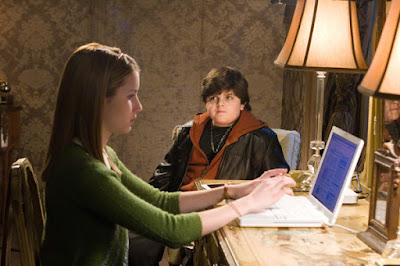 I can understand the basis for her character, but everyone else just bites. She has a goofy almost-boyfriend, a doofus father, no real friends, and little kid who follows her around because he likes her. Corky was suppose to be comedic relief not an annoying side-kick. 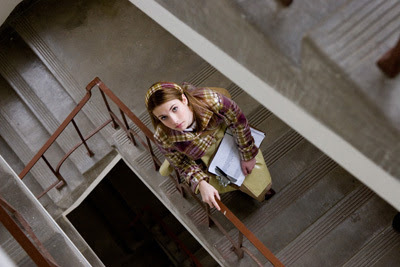 While the end of the movie is decent, about 70% of the movie is nothing but awkward and corny jokes or faux-crime solving. I was hoping that Nancy Drew would at least surprise me, but it didn't really sail past my low expectations. Granted I'm not in the film's targeted demographic, but I'm not handing out any recommendations.
Posted by Adam at 8:23 PM