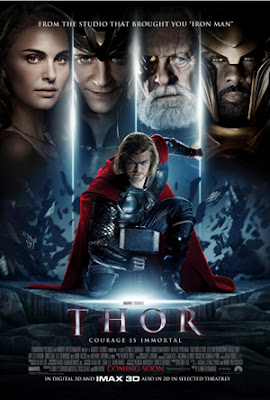 Since The Avengers movie is hitting theaters next year, I'm trying to catch up on all the prequel movies already made. I liked both Iron Man movies and Captain America very much so I was looking forward to watching Thor. 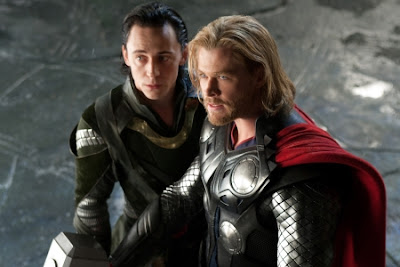 Unlike most of the Marvel Superheroes, Thor was never born a regular man. He was born a God, and is actually based on the Norse god of legends. Which is good and bad in some ways when it comes to originality. 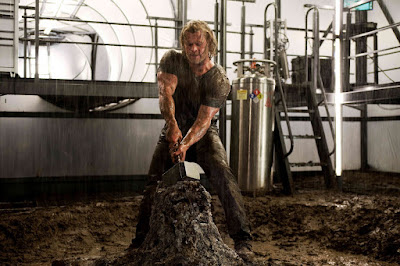 Except Thor eventually gets banished by his father and becomes a mortal living on Earth. A very buff mortal, but still powerless when it comes to the supernatural. He eventually gets his powers back, and that's when the movie picks up. 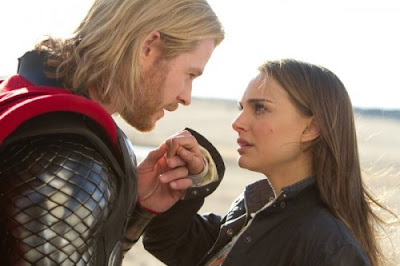 While I like both characters, I just didn't buy the love story between Jane Foster and Thor.  They weren't very affectionate towards each other, and knew each other for what? Maybe a week... 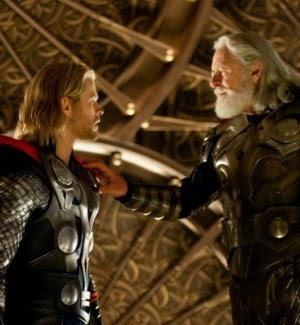 While Thor might drag a bit during the Earthly scenes, it picks up very well in the end. While it wasn't the smash-hit I was expecting it was a decent film. I can't wait to see Thor and Loki in the upcoming Avengers film.
Posted by Adam at 4:21 PM