A Look Into History: U.S. Presidential Election of 1876 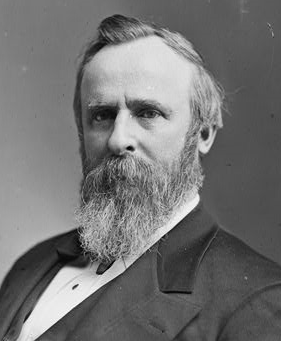 With 2 terms Grant was out of the picture. Governor of Ohio Rutherford B. Hayes managed to the win the nomination for the Republican party. Democrats rallied against the corruption of Grant's government, and chose Governor of New York Samuel J. Tilden as their champion. Tilden was known as a great reformer, and became one of the most beloved Democratic candidates (internally by their own party) since Andrew Jackson. 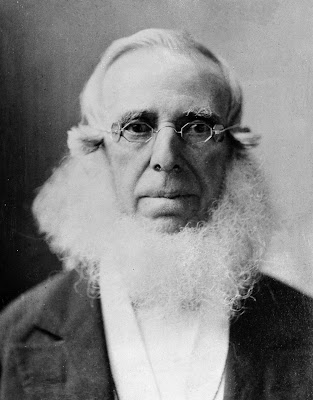 Peter Cooper ran on the Greenback Party ticket. It was a small-time party that insisted the government issue a large amount of paper money to inflate the economy. He has an epic beard though. 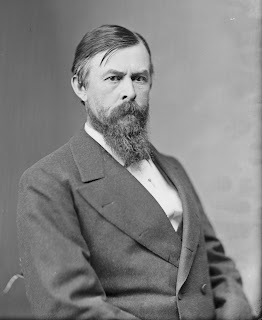 The Prohibition Party nominated Green Clay Smith as their candidate. Hatred towards alcohol must have been low since he got only 0.3% of the vote. 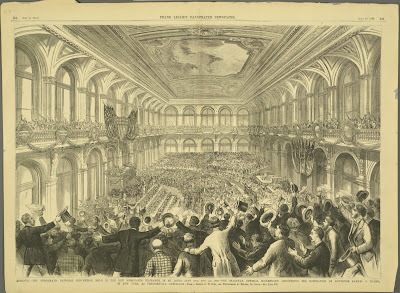 While Hayes and Tilden campaigned rather weak, their parties did the work for them. Democrats attacked Republicans on the corruption of Grant, while Republicans countered posing Democrats as mostly a group of violent rebels who started the civil war. Both parties were guilty of committing fraud in multiple states in the election process. 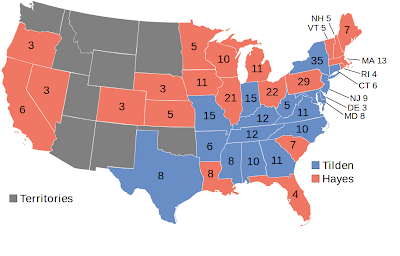 Despite winning the majority of the popular vote, Tilden lost the election by just one electoral vote. With Hayes winning 185-184 in the end. Democrats cried foul, but Hayes was elected anway. Upon his defeat Tilden said "I can retire to public life with the consciousness that I shall receive from posterity the credit of having been elected to the highest position in the gift of the people, without any of the cares and responsibilities of the office."
Posted by Adam at 11:59 PM