A Look Into Video Games: Donkey Kong's Fun With Music 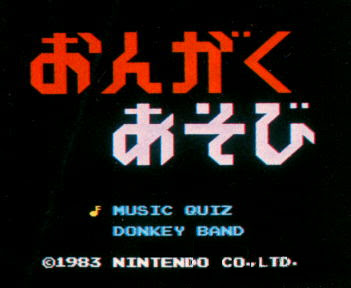 Donkey Kong's Fun With Music (Donkey Kong no Ongaku Asobi) was a game planned for the Famicom (Japanese NES) in 1983. It was cancelled before release however. 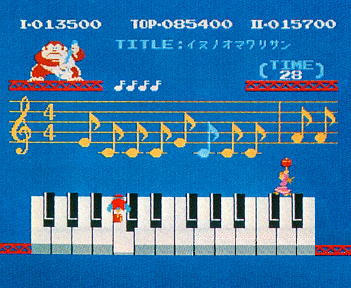 The game apparently had two modes of play. The first was Music Quiz which was a two-player mode. Donkey Kong would play notes then Mario and Pauline would copy it. 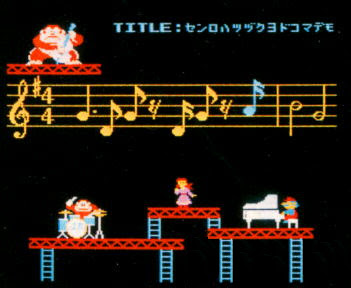 The other was Donkey Band, but little is known. Most people thought it would be a free-style mode to compose music. I don't know, but despite the audio limitations it would have been a neat little title at the time. 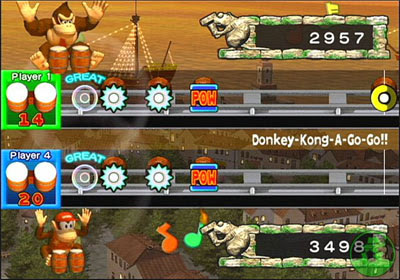 Ironically about 2 decades later, Nintendo gave Donkey Kong his own music series with the Donkey Konga games. Which feature great gameplay but a lousy music tracklist for the American release.
Posted by Adam at 10:36 AM

Poor Pauline they should put her in more games.