A Look Into Video Games: PSone

The PSone was a redesigned Playstation released in the summer of 2000 right before the release of the PS2. It was compact, sleek, and had less hardware issues than the original console. It actually outsold all other consoles in the year 2000. 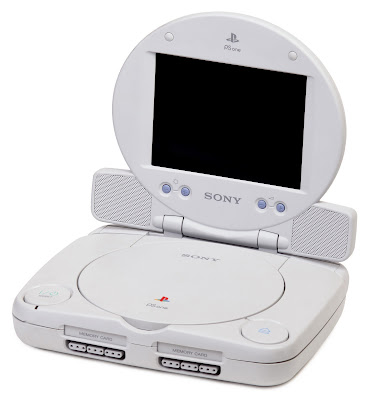 They even sold a portable screen to it, which was fairly popular. Many gamers brought it with them to wait for the PS2 to come out on the midnight launch. I never had the version, but man did I want one.
Posted by Adam at 1:34 PM

The one thing I really liked about this console was that it was so small. I never had a problem fitting it on top of the TV.

I love this console because it was just as big as a notebook (the book, not the computer). The original PSX was just too bulky and the design was kinda lame.

I never had one of these, I just had the original ;p

I still have mine. Still works n all <3