A Look Into Video Games: Sagat 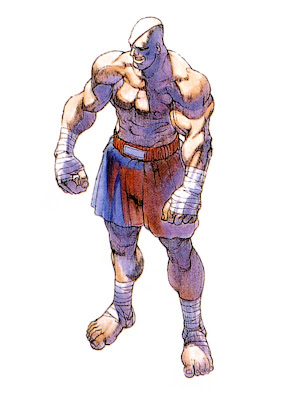 Sagat first appeared in the original Street Fighter serving as the final boss for Ryu. However Ryu severely wounds him, and leaves a massive scar in his chest. Since I never played the original game, I never got to experience the epic fight myself. 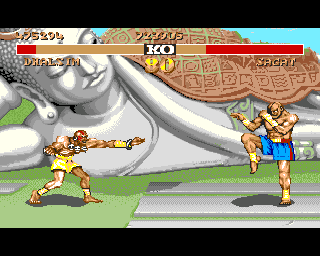 He later gets bumped down to a regular fighter in the sequel and there-forth. I can honestly say he isn't my favorite, but I didn't mind using him when he'd show up on my random choice select. 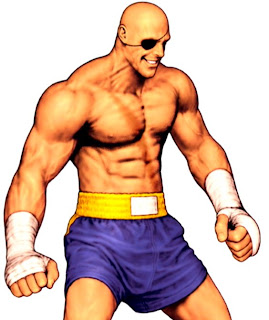 Same with the other spin-off games like the Capcom vs SNK series. 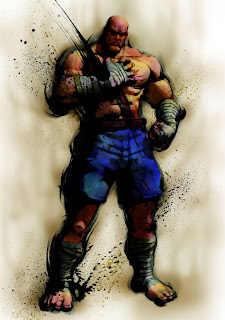 I didn't use him too often in Street Fighter IV though.
Posted by Adam at 11:09 PM

He has nice moves.

Never used Sagat either. I'm more of a Ken user.