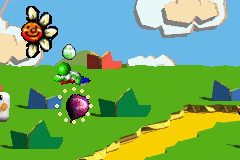 Yoshi Demo was a tech demo shown off for Gameboy Advance. The game appeared to be based off Yoshi's Story For N64 with notable differences. 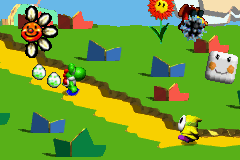 Them being the game is more zoomed in, the graphics are little nicer, and the game is completely mute.... Well that's why they call them "tech demos" don't they? 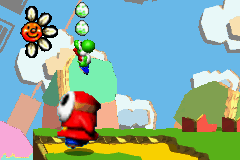 I'm glad Nintendo ditched the idea in favor of an original Yoshi spin-off. Yoshi's Story was an awful game on N64, and I would have never played it on my GBA.
Posted by Adam at 11:13 PM

Drowning in a sea of music said...

So cute and a bit of nostalgia too.

looks horrible. how'd they expect to pull it off on a GBA.