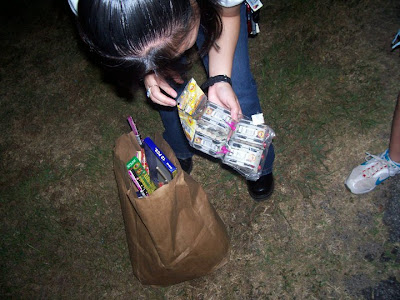 For most of my childhood years, I've been doing fireworks at my house during the 4th of July. However we found out that you're not suppose to in the city limits, so in 2010 we went to girlfriend Daisy's friend's cousin house out in the country. Half of the ones we had in the bag, we had left over from a year before. 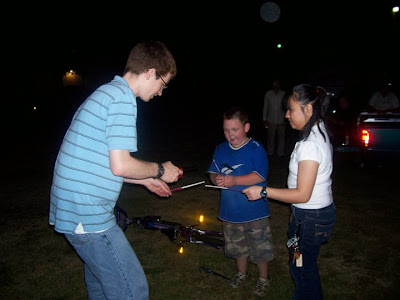 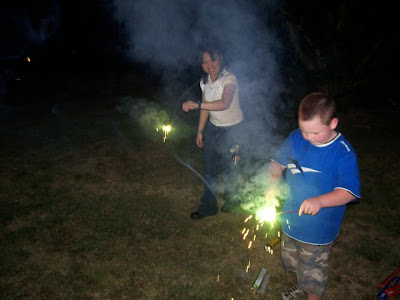 Except these were a little weak. I remember getting a better brands years ago with a bright flame. 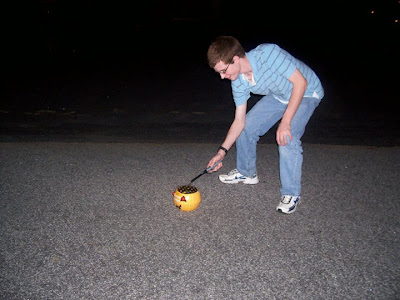 I think one of the best ones I bought was this pumpkin one. 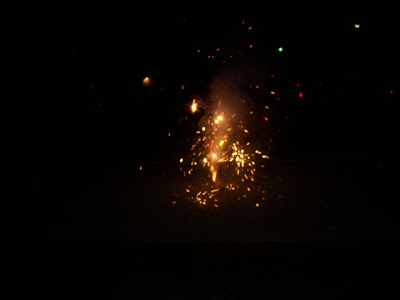 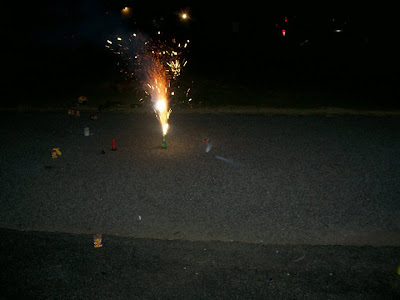 Wow, that Pumpkin one looks awesome. Hopefully you'll get to do it again in 2012.

man that pumpkin one looks cool! i've never seen one like it. daisy the super girlfriend saves the day again.