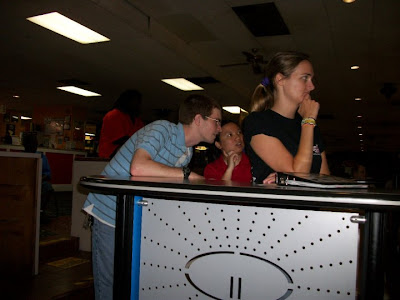 I used to hate bowling as a kid, but in 2010 we had a pretty good time. We found out that our local lanes had a $1 per game deal on mondays so we used to drive down there all the time. But then I had to work almost every monday so we haven't been in quite some time. 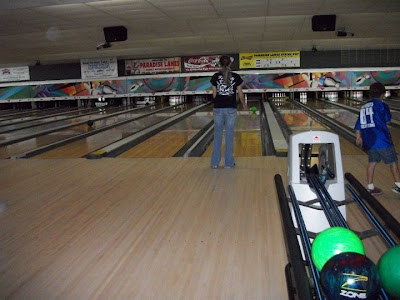 There's a better lane across town I admit, the one we kept going to had a few problems. We often had to switch lanes simply because ours did not work correctly. 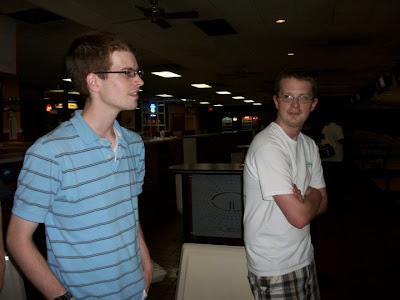 The games were mostly a competition between my brother and I (I'm in the blue shirt) rather than the group of 4. My girlfriend is okay, and so is his but we're quite a few steps ahead. By the time we stopped going, I managed to win most of the games. 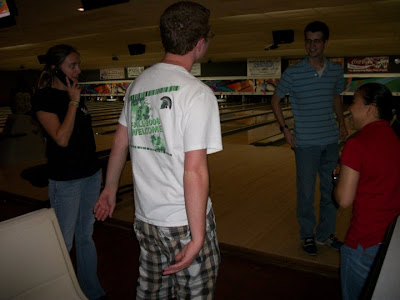 But as long as you have fun that's all that matters.
Posted by Adam at 12:28 AM

Bowling and arcade games were the perfect way to spend a lazy afternoon/evening.