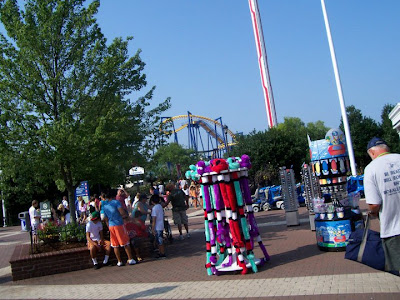 Carowinds is an amusement park in Charollte North Carolina. I go there often, and 2010 was the first time I drove there myself, and I brought my girlfriend along. 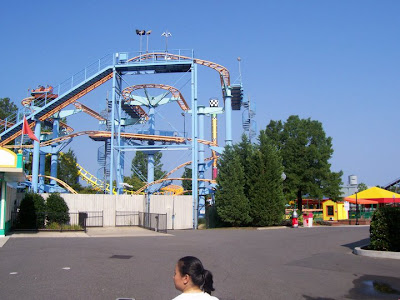 We went on a weekday, so there really were no lines at all. It was pretty sweet, plus it was around the time everyone headed back to school. It was great to ride the ones I didn't bother waiting for years ago. 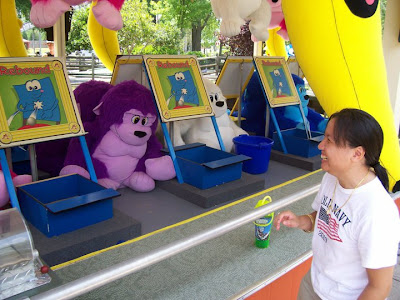 Daisy liked the games and prizes, yet we didn't play much. It's hard to win. 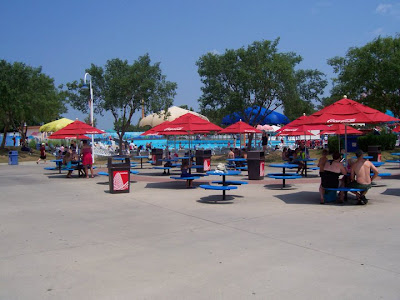 My favorite place in the park is the water slides, and pools. Such great summer fun. 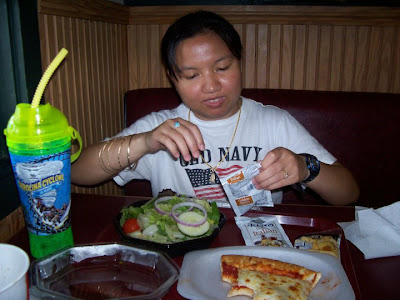 The food there is good, but man is it expensive... 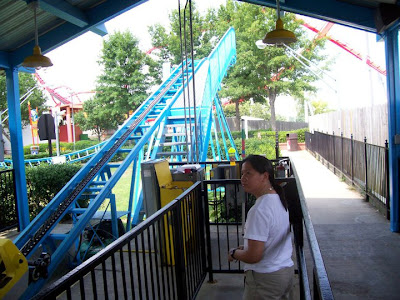 Daisy got a little motion sick after the water-park (she waits to after we get there to mention she has a motion-sickness issue), so we rode some rather less-thrilling rides that she could handle. This mini-coaster is in the kids area, but man it's so curvy that it feels much faster than it really is. A boy in front of us started crying, then the ride went a little past the gate and we all had to ride it again... Poor little guy. 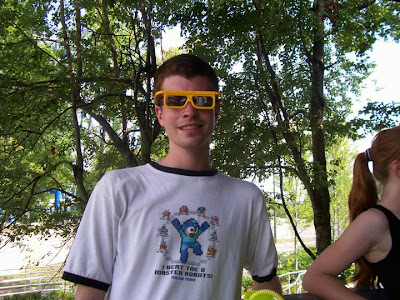 They also had a motion-theater where the seats move with the action. They had a 3D Spongebob cartoon there. 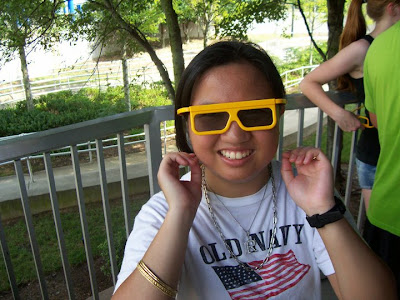 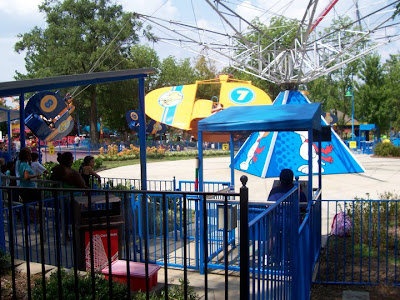 Even though this one is for all-ages, you could never get me on this ride. I've rode tall roller-coasters, but this scares me most of all. You're riding big hunks of metal attached to what appear to be just regular chains, and it's suppose to be a "race", so I don't know how anyone never bumps into one another. 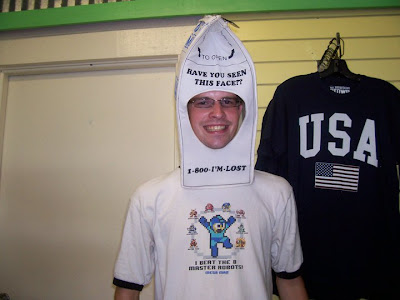 We also found this at the gift shop. Very funny. 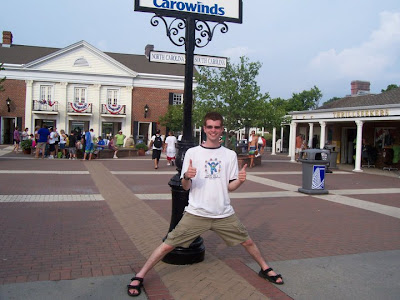 Oh and the park has a gimmick where it's split into half. One is in North Carolina, and the other is on the South Carolina border. So I'm in both states at the same time in this picture. 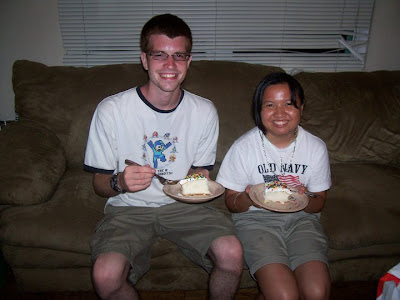 It was also my birthday that day, so once we got back (all sun-burnt) we had some nice cake.
Posted by Adam at 1:12 PM

Email ThisBlogThis!Share to TwitterShare to FacebookShare to Pinterest
Labels: carowinds

I'm glad you had such a great time!

Memories are such a pleasure.

That sounds like a great memory! You should drive down to Atlanta and go to Six Flags Over Georgia. I have a lot of great memories there! Awesome theme park!