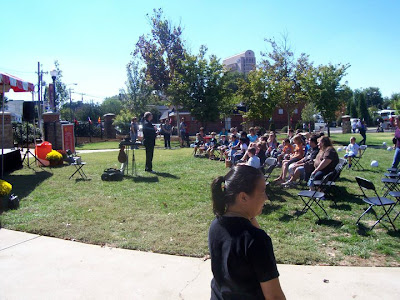 Our local town has an international festival every year, and 2010 was the first year I attended. My girlfriend Daisy is Laos-American (born in Minnesota), so she mainly wanted to go to see the Thai and Laos booths. 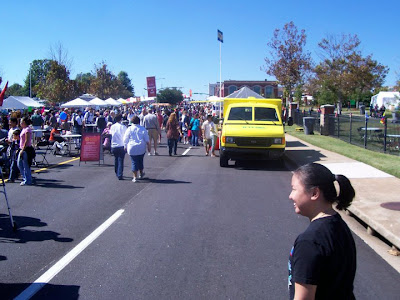 Despite a decent amount of people there, you can only do 2 things here. There's informational booths, and then food booths. Which kind of bites. 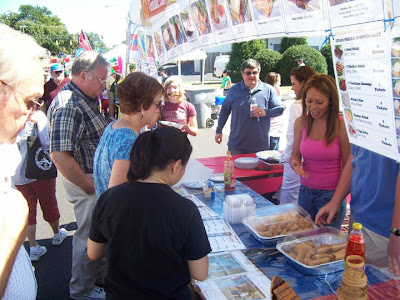 Daisy bought some kind of chicken sticks at the Laos food booth. Her aunt (which is really her cousin if I remember right) helped out on this one, she's the one in the pink top on the right. 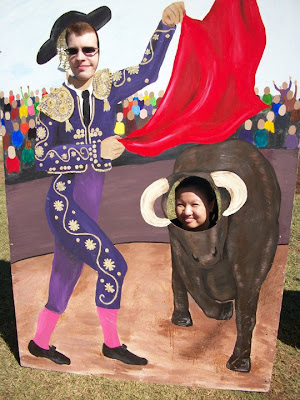 Oh there was also this bullfighter prop. I was going to let Daisy be the bullfighter, but she wasn't tall enough.
Posted by Adam at 8:52 AM

That bull looks way too happy about being thwarted by your red cape.

daisy has a hot aunt cousin. don't those type of things usually suck, at least for me, because all they try to do is sell ya stuff.