Some Random Pictures From The Past Few Days 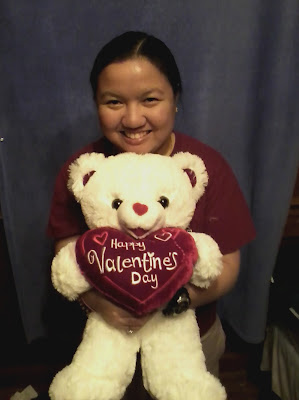 Daisy wanted her valentine's day present (well one of them anyway) a little early before they buy them all, and I got her this white bear. She had gotten a red bear last year just like it, so she wanted this one. 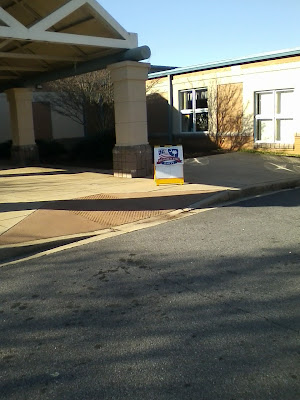 I also went to the local democratic party's precinct cluster meeting.  Since Obama has no real challenger, they're not even holding a primaries since there would only be one guy on the ballot. But at least some of us might become delegates to the state and then national convention. It's in Charlotte, NC this year, so it's not too far of a drive. 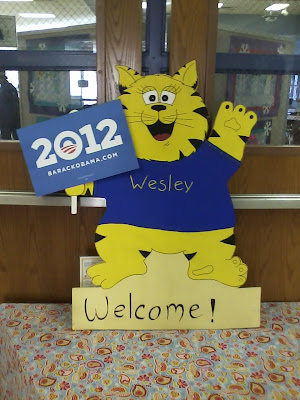 They also gave the school (which also serves as a voting place) mascot a Obama sign. I thought it was cute. Even kittens won't vote for Mittens.
Posted by Adam at 12:42 PM