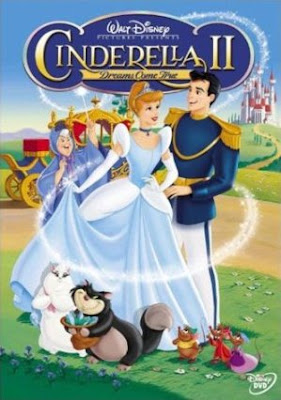 As I mentioned before, my girlfriend has been in a Disney mood, so I got a lot more of these Disney films to watch. I was a bit hesitant to see Cinderella II: Dreams Come True since it was released straight to DVD and came out 52 years after the original film. Long wait huh? 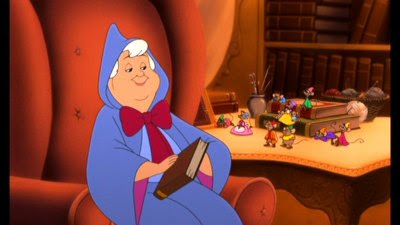 The film starts out with the mice and the Fairy Godmother planning on making a book. They can't decide what to write so they pick 3 stories that previously happened to write down and give to Cinderella. So the movie feels almost like a pilot for a TV series than a legitimate film. 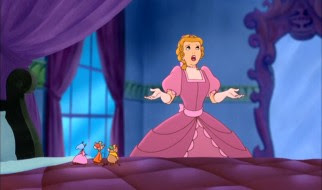 The three stories are decent ones and shed some light on what happened after the Prince married her and they whisked off their honeymoon. One involves Cinderella planning a huge banquet with the Prince absent, one has the mouse Jaq turn into a human temporarily, and the final one is about her step-sister Anastasia falling in love with a lower-class baker. 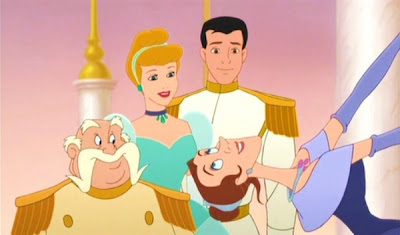 Despite almost universal hatred from critics, I don't think the sequel was that bad of a film. Like I said, it's more a TV pilot with a few decent stories. In comparison to the classic 1950 film, yes it is quite inferior but I would bet a few fans might be able to enjoy it.
Posted by Adam at 9:07 AM