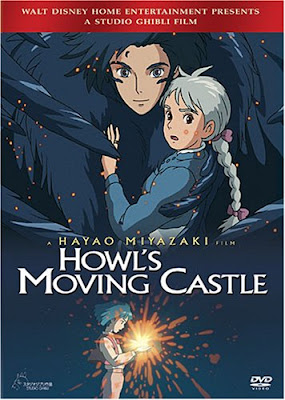 While my library's anime section might be weak (they are working on it though I admit), they do have a lot of quality to make up for the lack of quantity. Howl's Moving Castle might seem rather strange from the cover, but it's based on a English novel of the same name about magic and fantasy. 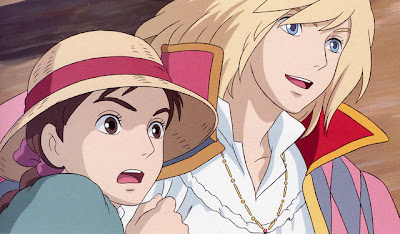 The movie is about a young girl named Sophie Hatter who manages to be saved by a handsome blonde stranger from a group of troublesome soldiers. However a mysterious dark force follows the duo soon after, and Sophie quickly learns that this handsome stranger is none other than the Wizard Howl. 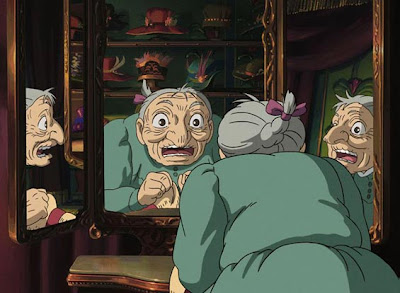 A dark witch learns of their brief friendship and as a result of jealously puts a curse on Sophie. The ordinary girl is transformed into nothing more than an old hag. She then leaves her home in shock, and sets out to find a way to undo things. But not before meeting back up with the world's magical creatures and of course the Wizard Howl. 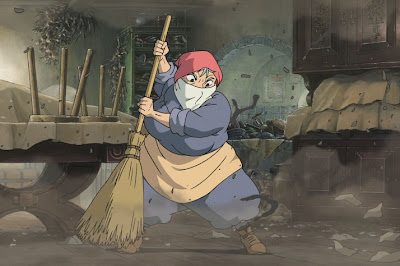 I think one of my favorite parts of the film was the character development. Sophie changes quite a lot and grows up quite fast. You also learn of Howl's back-story, and the fantasy world they live in. Practically every major character has gone through a major inner-transformation by the end of the film. 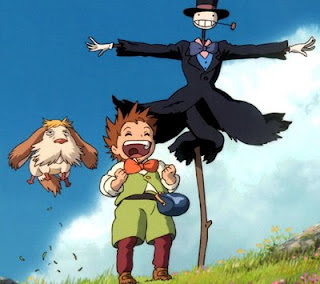 While the movie can get rather melancholic at times, it does have it's cheery moments with lots of comic relief. Plus it's plot is practically unpredictable. My girlfriend was watching along, and she desperately wanted to know if Sophie changes back into her younger self again. If you can't tell, she hates not knowing an ending. I frankly like surprises and hate major spoilers. 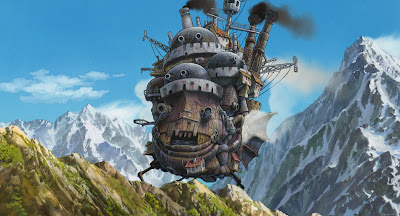 This movie really surprised me, and I'm glad I got a chance to watch this wonderful film. While it's sure to please any anime fan, but it can also appease those interested in the fantasy genre with books/films like Lord of the Rings or Harry Potter.
Posted by Adam at 4:48 PM

I have seen this!!!!! Great movie another one like this is called Spirited away! By the same director. Great post I really liked this movie.

That's a great anime. Not my favorite, not by a long shot, but a great one.

my anime tastes can be summed as super/ninja type powers, lots of blood, giant robots and the such... :D Nearly 30 and i still love anime.. you should check out the 7 Hellsing Ultimate ova's they're pretty good.

I hate Ghibli films but I'm willing to try it out if you think it's good.

its an awesome anime !!..perfect for anime lovers like me!!