Watched Nausicaä of the Valley of the Wind

I got this from the library a few days ago, and finished it last night. I was wondering if it would be any good or not, and I was very impressed by the results. 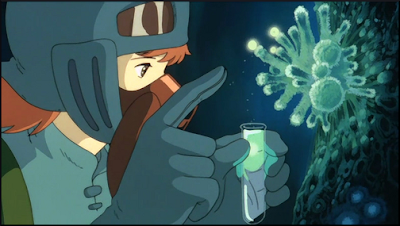 The plot of Nausicaä of the Valley of the Wind is about a post-armageddon Earth except it's set over 1,000 years later which is a bit different than a few decades like other gloomy stories in fiction. The Earth had been taken over by a toxic forest with killer insects all around it. A few places on Earth are still inhabitable, but most are torn apart by tragedy or war. 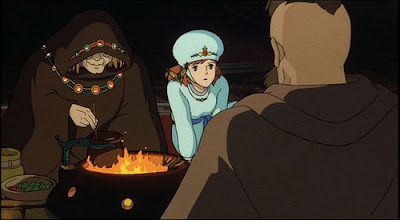 The peaceful Valley of the Wind has a princess named Nausicaä who is pure-hearted and gentle. She then sets out on her quest to restore peace between not only the human world but the entire eco-system. I really liked her character, and despite her preference for pacifism, she knows how to fight and how to perform other amazing stunts. 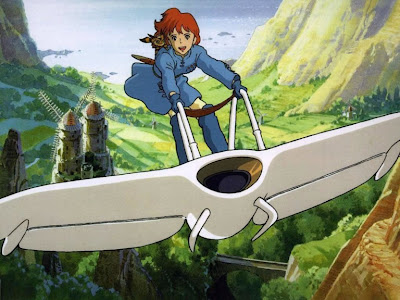 Despite being released in 1984 (original Japanese release date) the animation still looks top-notch, and the story hasn't aged one bit. If you're a fan of anime movies, then you have to check out Nausicaä, because it's hard to find others that match it's quality.
Posted by Adam at 7:04 AM

Email ThisBlogThis!Share to TwitterShare to FacebookShare to Pinterest
Labels: anime, japan, Nausicaä of the Valley of the Wind

I've watched that before. I think I'm gonna watch it again!