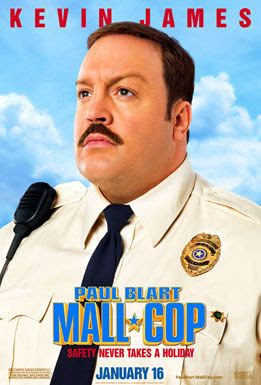 After seeing Zookeeper, and liking it I decided to go back and find a copy of Kevin James' previous film Paul Blart: Mall Cop. I had many friends who liked the film, and it seemed to be a decent comedy. 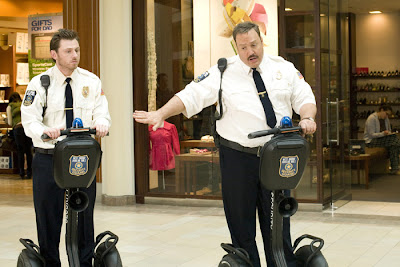 The movie is about Paul Blart a man who's been denied State Trooper and is stuck to his 10-year career of being a security guard at the mall. The first scenes are pretty bad, and they fail pretty hard after desperately trying to be funny. 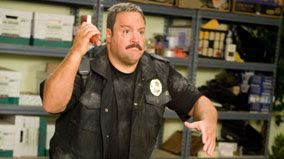 But then after criminals take over the mall with Blart alone on the inside is when the movie picks up. I liked all the ways he captured the criminals, and the jokes got a lot better afterwards. 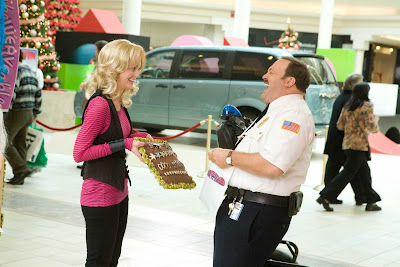 Despite being a bit corny at times, I really liked the film. It's not comedic excellence, but it has it's fair share of laughs and features some decent characters.

LOL I thought this movie was great! despite it's cornyness :P

I really LOL'd when i watched this movie. its the only reason i even bothered to sit though zookeeper which in my view was a pile of crap

I've never seen this, but my dad liked it! lol

Neither movie really appealed to me... :)

Kevin James can be really funny!

Funny as hell movie lol. What made it even better is after I saw it, I went to the mall and saw some cops on segways, and I just about died laughing.

The most memorable part for me is when he did a preemptive attack by hiding inside a hockey suit. Totally unexpected.

that's because your parents never showed you a good movie... Paul Blart mall cop saved me from depression, and if you doubt it's holy power, Kevin James's fat brothers ghost will haunt you till you commit suicide. and I hope you do because this movie saved millions of lives across america, and don't even get me started on the Mexican dub. you should feel ashamed for thinking that this movie has not "appealed to you", i honestly hope you realize Kevin James's true power over all of us, god bless Paul Blart mall cop