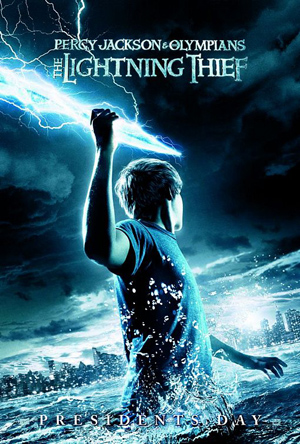 This actually fell under my radar when it hit theaters in 2010. However my brother is a big fan of the books (if I had more free-time and a quiet space I would read them) so I decided to check out the movie when I saw it on the rental racks.

The movie is set in modern-day 21st century America where a kid named Percy Jackson struggles to understand his life. He has no father, has abnormal trouble reading, his mother stays happily with a pig of a step-father for Percy, and the only peace he finds is under the water. He then finds out that he can read ancient Greek, and that he's the demi-God son of Poseidon. 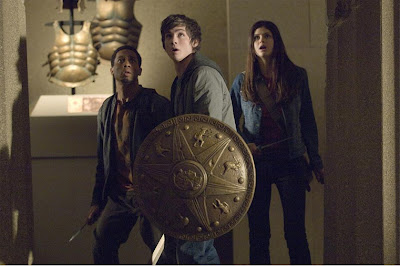 He is accused by Zeus of stealing his lightning bolt (apparently Olympia is lacking on safes), and must return it within a strict time limit and no idea where to look. His quest is filled with lots of action and humor, and just plain weirdness. 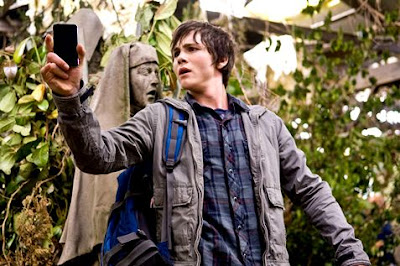 While the series is often compared to Harry Potter, I don't see the justification besides the fact that they're both films based on fantasy books for a younger/teen audience. While I hear it doesn't do the book justice, I liked it very well. I think I'll try to read the book series especially since it will take them forever to make movie versions of the whole series. But it is a great blend of ancient mythology meets modern American culture.
Posted by Adam at 12:58 PM

I read the books and really enjoyed them, but never watched the movie; I wanted to, up until I heard it deviated from the original plot and they changed everything.

Thanks for coming by my blog!