A Look Into History: Hachiko 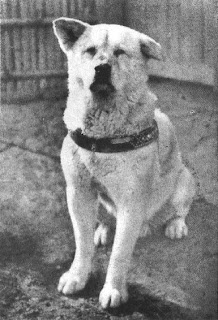 Known in Japan as 忠犬ハチ公 (Chuken Hachiko) or in English as Faithful Dog Hachiko was a Akita breed dog that was born in Japan in 1923. In 1924 University of Tokyo professor Hidesaburo Ueno took ownership of Hachiko. 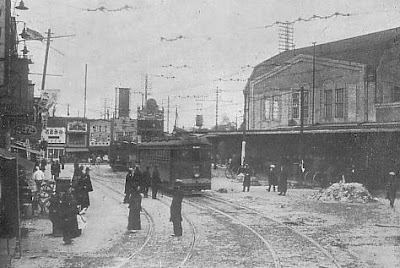 The two had a daily routine. When his master returned from work, Hachiko would greet him at the train tracks. Sadly for Hachiko, his master died from a cerebral hemorrhage, and Hachiko never saw him again. 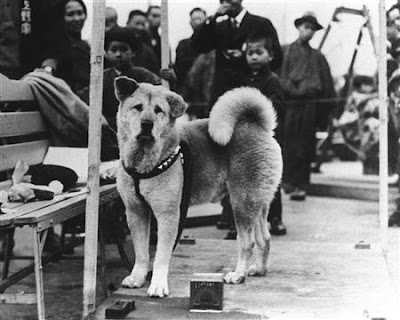 Hachiko returned the day after, the day after that, and so on. People had begun to notice the dog's extreme loyalty and love for his departed master. Hachiko returned to the same train station every day for 9 years. His story was picked up and Hachiko became a national symbol for loyalty. Hachiko died in 1935 of what scientists believe was cancer. Hopefully he met his master at the train station in the clouds.
Posted by Adam at 12:03 PM

Email ThisBlogThis!Share to TwitterShare to FacebookShare to Pinterest
Labels: A Look Into History, Chuken Hachiko, japan

Hmm and where did you get this idea?..lol....truly one inspirational dog.

I want one of those!

What a touching story indeed. I salute you, Hachiko. May you rest in peace with your beloved master.

I love Hachiko! I've seen both the Japanese and American movies!

miss my dog !!! called negra i hade found her in the snow wee became really good freands playded with her one day i know thes she was sick i try to help her but notting work she was old it was my best dog i ever hade