A Look Into History: U.S. Presidential Election of 1896 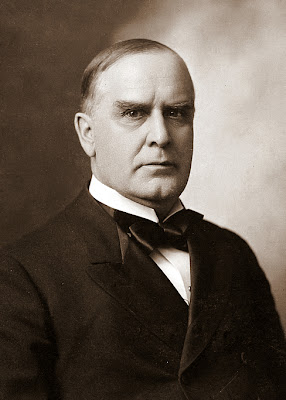 With Cleveland ending his final term, the presidency was up for both parties with no major contenders at the start. Former Governor of Ohio, William McKinley nabbed the nomination for the GOP. However he alienated many members of the Republican party by supporting the gold standard. Those members then formed a pro-silver party and supported the Democratic ticket. 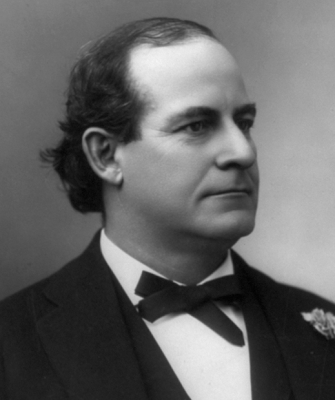 The Democratic party nominated former Rep. William Jennings Bryan as their pick for president. However Bryan supported silver over gold winning over many disgruntled Republicans. However in doing so he also shunned many factions of the Democratic party who had normally been pro-gold and free trade since the days of Jackson. 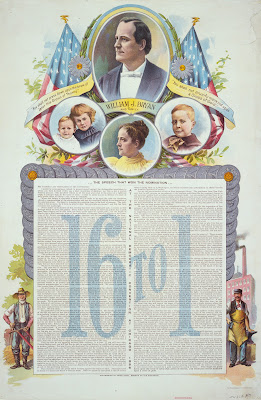 So basically the main campaign issue was for the U.S. to either keep or drop the gold standard in favor of silver. Bryan became popular saying that 16 silver-backed dollars could be printed for every dollar backed by gold. Republicans said that it would cause a devalue in currency, and inflation would sky-rocket. Some pro-gold folks printed fake parody money with Bryan's face on it that read "IN GOD WE TRUST...FOR THE OTHER 53 CENTS" saying that his dollars would only be worth 47 cents. 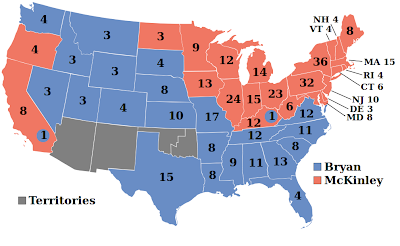 When it came to the election, results were spilt between the two candidates pretty evenly. It seems the realignment of the parties caused so many differences that one change in policy could have tipped the scales for either one of them. However McKinley managed to edge out and defeat Bryan by nabbing the states with a higher electoral vote percentage. The final score was 271-176.
Posted by Adam at 4:01 PM

Damn, talk about a sweeping victory.

Also, I tagged you over on (Un)Sacred Gems.

I have to admit that I hate history too much but these two sepia/monochrome photos just gave a little inspiration! :D

I didn't know any of this, Adam. I've learned something today: "IN GOD WE TRUST...FOR THE OTHER 53 CENTS" Aren't people funny? You have a nice day now!

Interesting! Thanks for stopping by my place and taking the time to comment. :)