Wade Hampton III was a Confederate general and later Governor of South Carolina. He was born into a wealthy family and upon his father's death gained most of it. He was elected to the state house, and as a state senator opposed a dissolve in the union. Though he had very conservative views on slavery, and stayed loyal to his state after the civil war broke out. 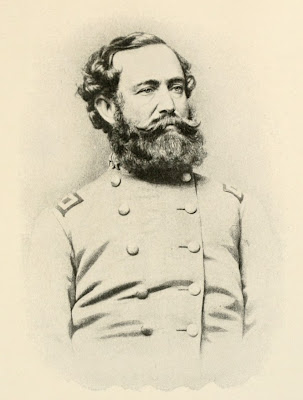 He enlisted in the war, and despite having no experience and being pretty old he was promoted pretty fast. Serving in many battles and sticking it out until the war was over. 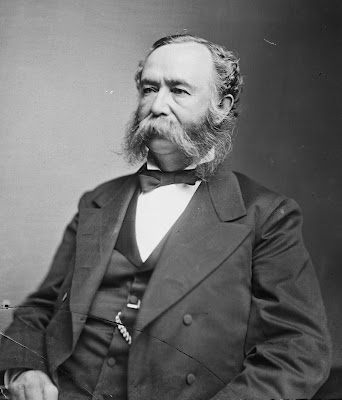 After the war he later declined to run for any public office. He later came out as an opponent to Reconstruction and was elected Governor of South Carolina. However during his election there were two state legislatures claiming to be authentic. The SC Supreme Court later ruled in favor of Hampton, and his government was made "official" so to speak. 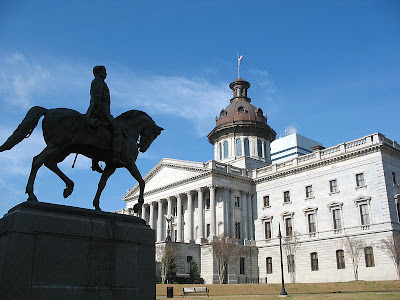 In his later life, now elderly in 1899 his house burned down. With limited funds, he was unable to build a new home. However due to his popularity, a group of people pulled in some cash to get him a new one. He died in 1902 at the age of 84, but after his death many places were dedicated in his memory mostly in his home state.
Posted by Adam at 12:48 AM