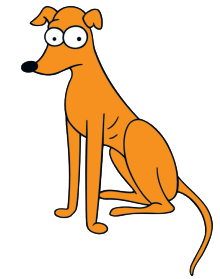 Santa's Little Helper is a character from The Simpsons serving as the family dog. Even though he doesn't do much, he's one of more lovable characters on the show. 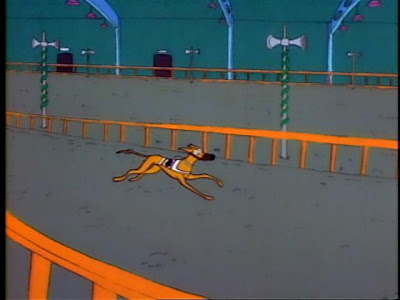 The first episode where Homer finds him on the race tracks and uses him as a last minute Christmas gift was classic. 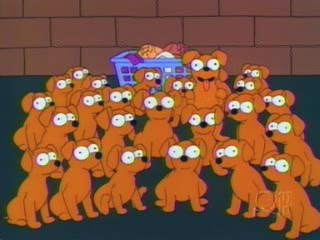 I also like the episode where he finds a mate and has puppies. Then Mr. Burns steals them.

They also had some pretty funny names as well.
Posted by Adam at 11:46 PM

Email ThisBlogThis!Share to TwitterShare to FacebookShare to Pinterest
Labels: a look into TV Series, christmas, fox, the simpsons

I remember that episode. I think Mr. Burns wanted a coat made of dog fur or something. It was complete with singing like a Disney movie.