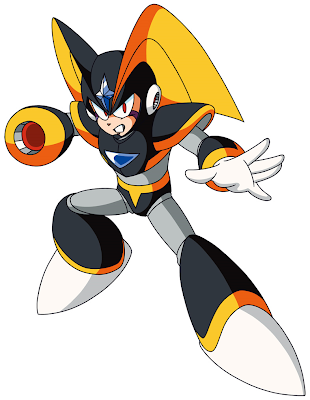 Bass is Megaman's rival starting with Megaman 7 and so on. Created by Dr. Wily he serves as a kinda Dark-Megaman though he's not terribly evil and sometimes lends a hand to Megaman. 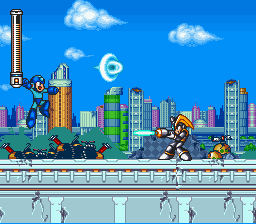 I wish he'd come out sooner, because 7 was a bit late in the game. 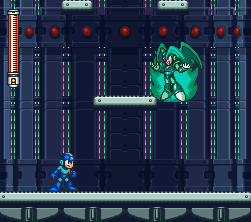 Since I never liked 7, I didn't play enough to see any of the cooler parts. 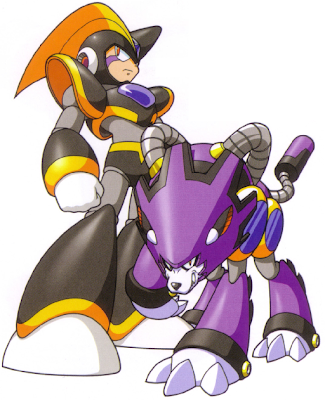 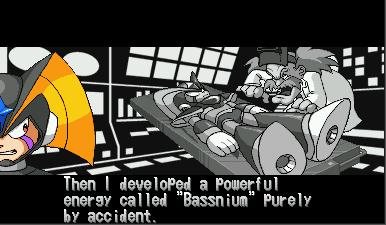 He also has some pretty dorky back-story. 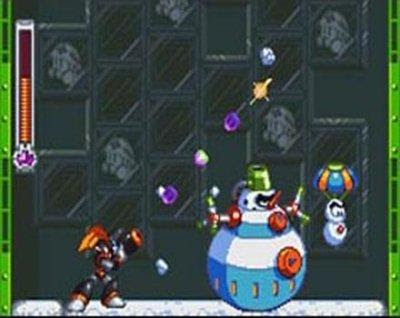 Bass and Megaman even starred in Megaman & Bass originally on the SNES (Japan-only) and an American release on GBA. 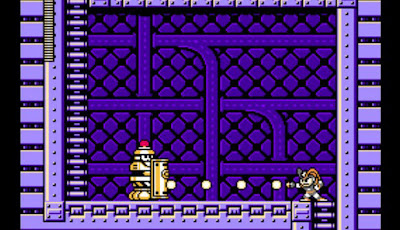 You could unlock him in Megaman 10 for WiiWare, PSN, and XBLA. He was a decent alternate character. 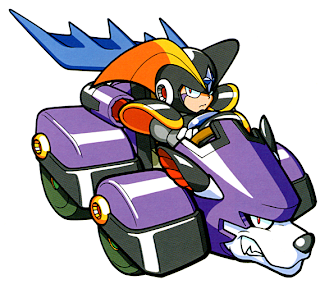 Bass is named after the musical instrument of the same name. In Japanese his name is フォルテ (Forute) which is based on Forte a dynamic in music.
Posted by Adam at 1:19 PM

I dont know much about videogames this looks cool

i dont think i got this far into megaman...he def has a cool look to him.