A Look Into Video Games: Butterfree 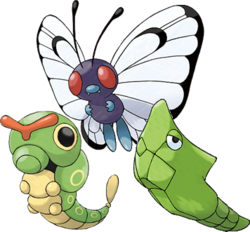 Butterfree is the final evolution of Caterpie and one of my favorite pokemon. Nice physic and poison powers with Butterfree on your team. 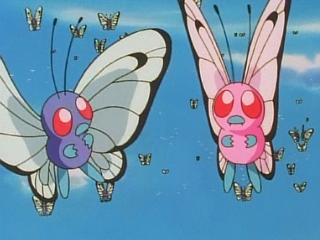 I also liked Butterfree's appearance in the anime. When Ash's Metapod evolves, and then he sets it free. So sad but he did find a girlfriend. 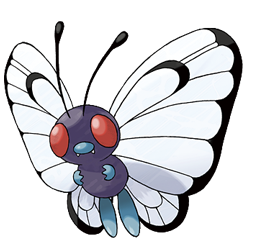 His Japanese name is バタフリー (Batafuri) which is the same as Butterfree just broken down into an easier to pronounce Japanese phonetic system.