A Look Into Video Games: Metapod

Metapod is a pokemon from the original game(s) on Gameboy. Evolving from Caterpie, he really is useless for the 3 levels you have wait for him to evolve. 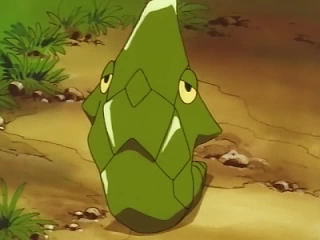 He was even worse in the anime where one of the first battles had two Metapods against each other except they only knew a defensive move. 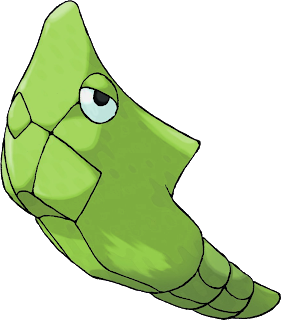 His Japanese name is トランセル (Toranseru) which appears to be based on the English word "trance" for some reason.
Posted by Adam at 12:11 PM

If you catch a Metapod in the wild it'll only have Harden as a skill but if you evolve your Metapod from a Caterpie it'll have Tackle as well, so it isn't really useless.