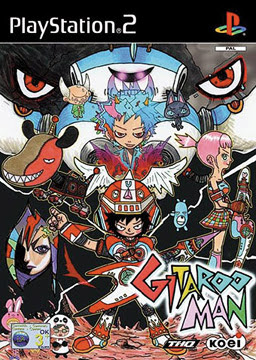 My brother had gotten me a pretty large amount on a gift card to Gamestop as Christmas gift, and when Gamestop had a great sale on PS2 games, Gitaroo Man was one of the games I picked up. I heard about it a few years ago, but never bought it or even seen it sold in the store except in the used game racks. 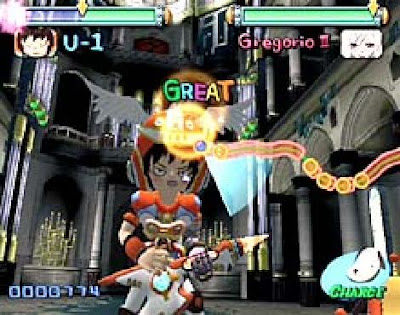 The game is in the music genre, and it came out long before Guitar Hero or Rock Band hit the scene. You don't have a musical instrument to hook up either, the game uses the controller to play. You do some button presses while keeping the analog stick pointed in the right direction. 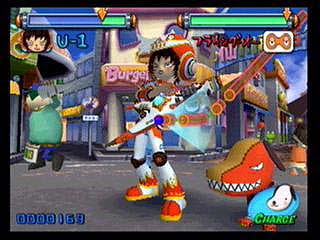 I'm honestly not liking that method of game-play, but maybe it's something I have to get used to. I like the music and the charm of the game, though the difficulty could pose a problem for me. There's only normal or hard and the regular difficulty is still pretty tough. I barely defeated the first boss, and didn't last 2 minutes against the next one. We'll see how this goes, I'm not the best musician I admit.
Posted by Adam at 3:19 PM