Some Random Photos From the Past Couple Of Days 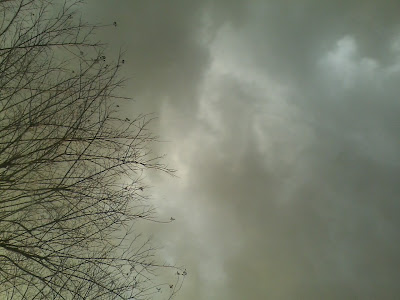 The other day I reminded my boss that it's against company policy to schedule me spilt shifts every week. So he gave me a long day with a 2 hour break.... Oh well it wasn't so bad. I almost fell asleep in my car though. Staring at the dark gray sky was not exactly entertaining. 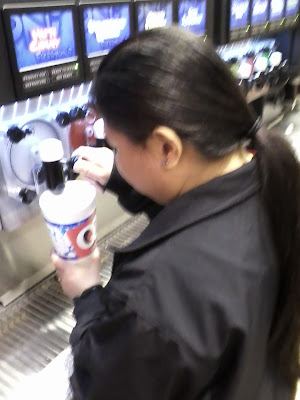 I took my girlfriend Daisy to QuikTrip the other night, and she got the white cherry freezoni. Which is one of my flavors. Then the next day I find out she barley drank any, and claimed she waited for it to melt.... 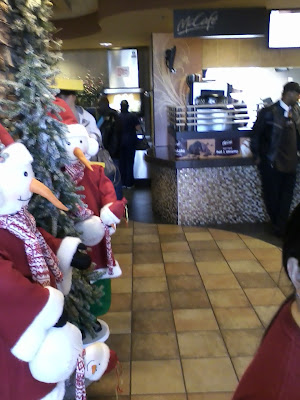 Her favorite restaurant is McDonald's (why that king of terrible fast food?) and I don't go there very often. It's too crowded, food is unhealthy, and it has a terrible effect on her weight later on. 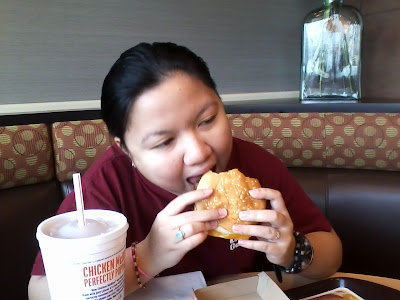 But I suppose once in a blue moon isn't the end of the world. It was a brand new McDonald's to us, and the food was decent this time around. For example my fries tasted pretty rad, some locations have given me fries that tasted like a rubber band that rolled around in potatoes. 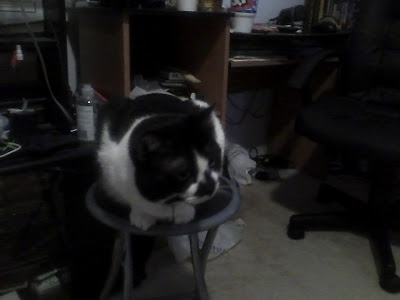 So I go to her house yesterday, and as always her kitty Furball is glad to see me. He's like a ninja though, I didn't even notice he was on the footstool for awhile. 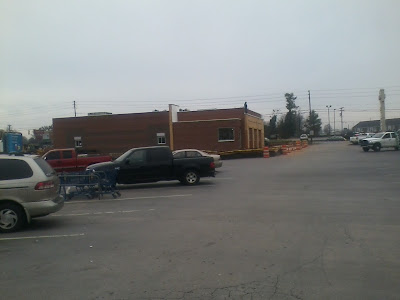 Speaking of McDonald's, there's one near Daisy's house that's about 3-5 miles down the road. Well they're building another in the small town (next to a small city) about 1/4th a mile away from her house. She's excited, but she's not getting that as much as she hopes. 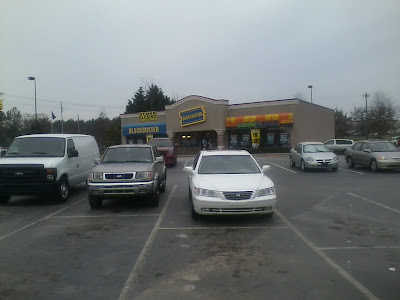 I also found out that the Blockbuster nearby is closing down. The one near my house is almost done, and now this location is starting to shut-down. Just great, the store was the only reason I signed up for the mail service. No more in-store exchanges. 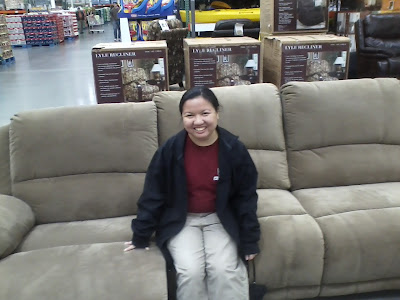 We went back to my place, and my mom wanted to go to the mall.  Before we went to the mall we went to Costco. Daisy really liked this couch for some reason. 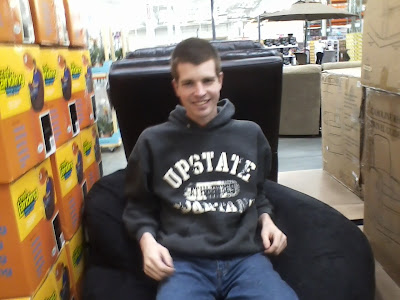 They also had this strange bean bag chair. 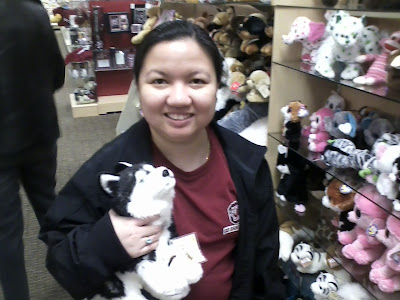 Daisy also loves husky dogs, and she found this stuffed animal one at Hallmark. It's pricey, but if she wants it she can get it with her own money. I already bought her Valentine's Day bear. 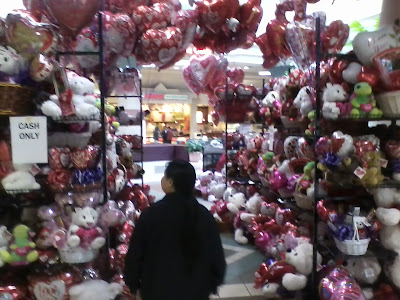 Speaking of V-Day, they had their annual super-stand in the mall hallway. 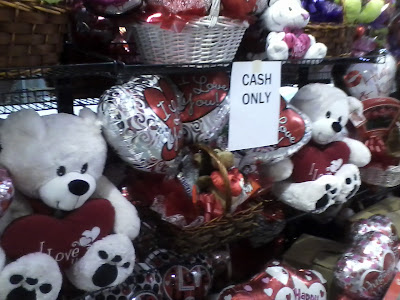 Some of the stuff is cute, but the prices are crazy. They also have a lot of product, which makes me wonder how on earth are they going to get rid of all it in just a few days.

We also ate at the food court. Daisy got a dish from the Japanese resturant, and man does it take forever for her to eat it. Such tiny pieces, she eventually had to get a to-go box. 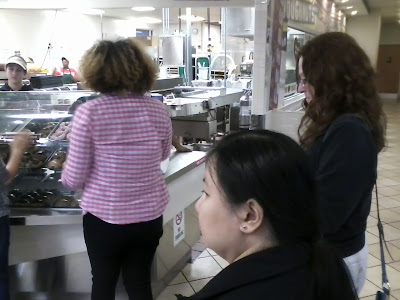 My mom also used her free doughnuts coupons for Krispy Kreme. She was sad that their holiday ones were sold out, but I thought the ones we bought tasted amazing. Like they came fresh out of the oven.
Posted by Adam at 7:23 AM