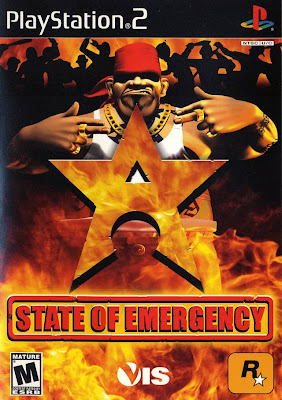 While Grand Theft Auto took the video industry by storm back in the early 2000's, many companies wanted to copy it's success. There was even competition internally by Rockstar themselves and the video game media sites paid attention. 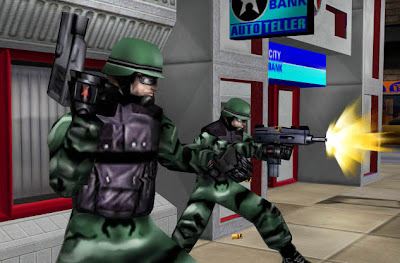 Despite the apparent similarities, the two games are really total opposites. While GTA put you in the role of an anti-hero in a world of crime, you're just some random person against a major corporation who took over after the government collapsed. 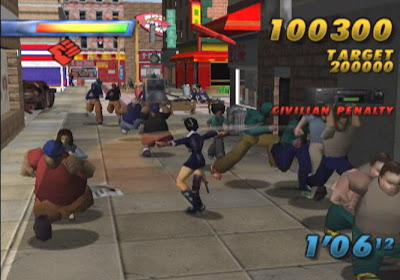 While GTA gave you the freedom to do anything, you're limited by a good bit in State of Emergency. There's two modes and frankly they're both boxed-in areas where you rack up points by taking down police guards, gangsters, and breaking all kind of things like glass, cars, and other kinds of property. 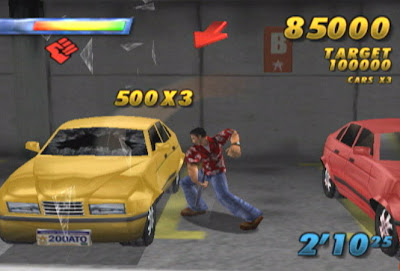 Even though the game was released in 2002, the game-play style is too old-school for much enjoyment. It's too simplistic with little sense of accomplishment or hopes for being awarded anything. Combine that with aging graphics, and you got a game that should be forgotten. It certainly didn't deserve the hype.

I'm writing something about this game today or tomorrow. :)