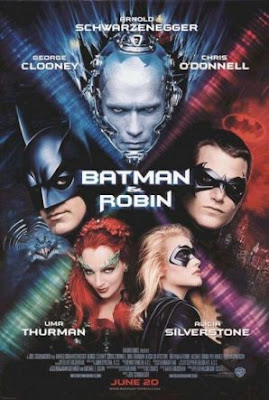 While the Batman movies started out great, it had a downhill moment which ended with this film. It wasn't until about 8 years later that Hollywood would touch another Batman film starting a new series with Batman Begins. 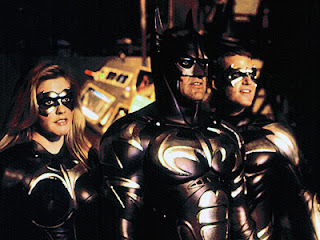 Practically the whole movie is filled with stupid characters, and really cheesy costumes. George Clooney should be ashamed. 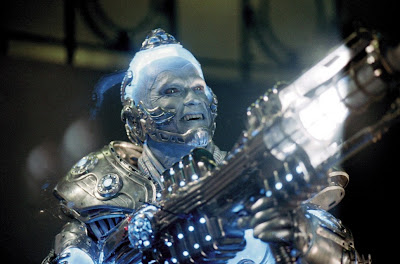 I would say the same for Arnold Schwarzenegger but I'll let it slide since he's pretty bonkers. MISTAR FREEEZZZZZZZEEEEEE!!!! Oh geez please don't that again Arnie. 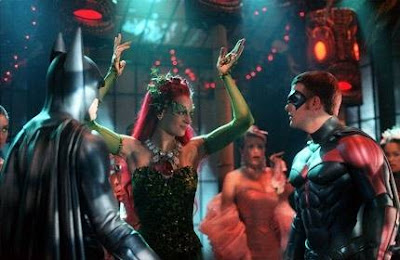 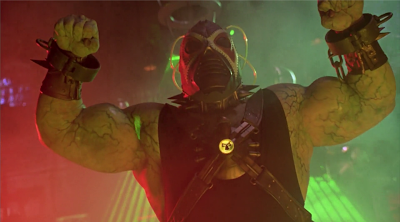 Is that suppose to be Bane? Okay that's it, rant over. I can't take it no more. A movie with a $125 million dollar budget should be a few steps above that.
Posted by Adam at 11:22 PM

Omgosh, I remember watching that when I was little! The costumes do suck! Fake abs and shiz *face palms*. Hopefully the new Batman is good!

Yeah, it's awful. But I thought Arnold's performance was pretty cool.

I never remember watching this, though I think I'll stay the hell away from this one.

What a stupid movie. I used to like th 80's Arnold but when he decided to be the Frozer Terminator who said Freeze!, all I could do was mourn over the money I had wasted. That butt shot was so not funny.