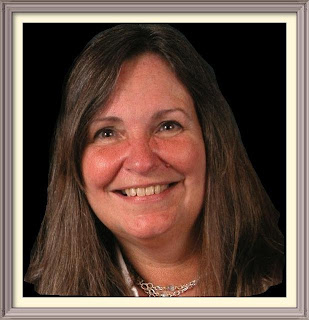 My friend Deb Morrow is running for Congress as a Democrat, and I decided to help her out by giving her a little interview. You check out her main campaign page here.
What inspired you to run for Congress?
The Tea Party and Occupy movements got me considering the possibility that a regular person, as opposed to a logical party candidate, could and should step forward and make a contribution.

Congress' approval level is at a historically low level, and part of the blame: our representatives are tied so strongly #1 to partisan lines and competitiveness, and #2 to big money donors. As an outsider I can be more impartial, bring the perspective of someone dealing with everyday life, not immersed in "politics." I have no ambitions to advance to any other political position other than to just represent the 4th District, hopefully for 2 or at the most 3 terms.
I've always kept informed about issues and over the years have demonstrated and advocated for fairness and the good of the country, because I want America to be the best it can possibly be for my children, grandchildren and all generations ahead.

I looked into the logistics, including being in Washington about 140 days a year, and got my family's OK and support. I realised not everyone, no matter how much they care or how qualified, is in a position time-wise to even wage a campaign much less live part time in DC. I'm retired and lucky to have the flexibility.

It was a gradual process over many months, which included talking with people I respect about whether I'd be a candidate they'd support. Ultimately, it just seemed like the right thing to do at the right time, and occurrences every day reinforce this even more strongly. I would be honored and happy to serve. Do we just say, "hardly anybody approves of the job Congress is doing" and leave it at that? Or do we do something about it? I'm doing something.

What do you think of Republican incumbent Trey Gowdy?

Congressman Gowdy had a great reputation as a solicitor, but I disagree with most of his positions representing the 4th district.

For example if there are shortcomings in our public schools we have to work to make them better, not take funding out via vouchers. This is mistakenly called school choice, but the vast majority of students and families won't have choice because they won't be accepted into private schools and will have to rely on public schools that are even more weakened and inadequate. I commend our Spartanburg Statehouse delegation, called the Spartanburg 6, for supporting public education and rejecting vouchers, and I wish Mr Gowdy felt the same. Tax revenues aren't allocated fairly and have been decreased over and over to the point where we supposedly can't afford public services. This isn't bad luck, it's bad management. The answer is not to privatize everything, cut public sector jobs including teachers and police and make everything for-profit. Often the best thing for a company's bottom line (whether it's a school or a security company as opposed to our police) is not what's in the best interest of the public. You end up with something that's more expensive and lower in quality and accountability, and with many many constituents denied adequate public services.

Congressman Gowdy also supported the Ryan Budget which would replace Medicare as we know it with vouchers. I have heard him reassure seniors that their Medicare won't change but he also acknowledged that doctors would not be reimbursed as much, so the actual care for seniors would be affected right away.

Congressman Gowdy, as a member of the Judiciary Committee, has been very focused on the Fast and Furious gun controversy out west- we've seen him testifying on TV. I don't understand why he hasn't put more effort, either pro or con, into an issue which impacts more to the 4th district or even SC, for instance the picture ID issue for voting. Either voter impersonation is a problem here (though there is virtually nothing to back this up) or proposed requirements would be unfairly taking the vote from many of his own constituents. But I believe his efforts and attention should be on our behalf, not directed all the way across the country.

These are just a few of the issues where I differ from Rep. Gowdy's positions and would represent the 4th district differently. 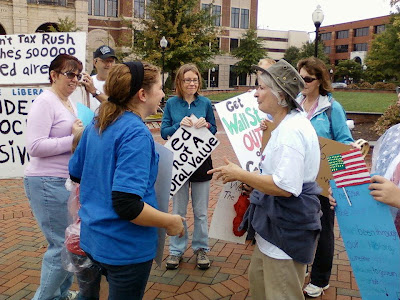 You started Spartanburg's Occupy protest, do you think supporters are going to occupy the voting booth this year?
I think if people look at the issues covered by the Occupy protests, they will support me. There's no reason regular people should protect the interests of huge banks and corporations to act in bad faith with no consequences, while the rest of us have to follow rules and regulations. The reason the mortgage crisis almost bankrupt the country was because banks improperly bundled the bad mortgages together and pushed them to clients as a good investment, all the while betting that they would fail, therefore profiting first from commissions and then again when they DID fail. There is no reason that Wall St hasn't been held accountable except that they make huge donations to elected leaders of BOTH parties. The system has changed so that unlimited amounts of money can go into elections to influence them and to affect policy, and we must reform this.

We also need to prevent big companies from outsourcing our jobs overseas, enjoying tax breaks and subsidies, expecting us to take low wages, lower our standard of living to compete with sweat shop workers - while THEY make the biggest profits in history. It isn't money that's trickling down on us.

We have a surplus of petroleum products in the US now, we are EXPORTING it, yet the price of gas stays high because energy produced here is not being used here to decrease our dependence on foreign oil. The price is being driven up by Wall St speculators, and Congress could fix this.

Many people don't want to identify with the poor and unsuccessful people in our area, because they consider the poor might be shiftless or undeserving compared to our hard-working professionals or business owners. But the truth is that we SC'ans, rich and poor, whether going to work or standing on the street with protest signs, all have more in common with each other than with the 1% who are pulling the strings and making the huge profits.

An employee in a suit and tie today could be out of work and struggling tomorrow if "anything goes" and unfair business and financial practices continue. An elderly person could have their mortgage raised for no reason and lose their home. Once again, these things don't happen due to bad luck OR to our citizens being lazy. The truth is, the richest and most powerful buy influence and advantages the rest of us can't afford, and this again is something Congress can fix.

Sounds like she knows her stuff and her opponent well, interesting seeing interviews like this in blogland. Good luck with preventing those greed run big companies from going overseas and outsourcing though, stopping that will be a challenge in and of itself.