A Look Into Video Games: Jigglypuff 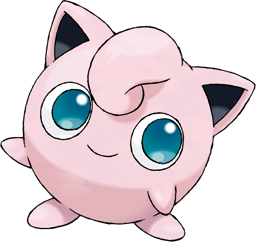 Jigglypuff is a pokemon from the original 150 set. I never used her that much in the games, but I liked her other appearances. Such as her cameo in the pokemon anime as a wannabe singer that puts (literally) everyone to sleep. Then gets mad. Classic comedy. 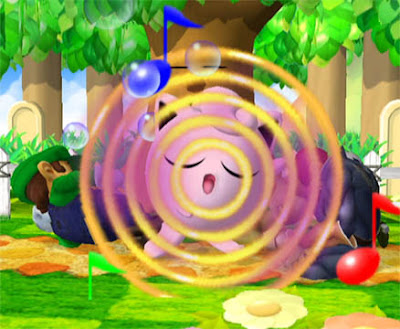 She was also a decent fighter in the Super Smash Bros. series. Dangerous with more skillful players.  The sing ability needs to be a tad stronger though. 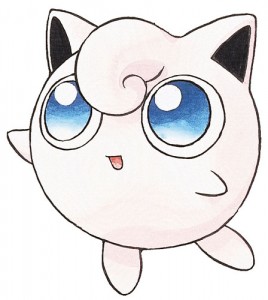 Her original Japanese name is プリン (Purin) which is the Japanese word for pudding.

I love in the Anime when Jigglypuff would get mad that everyone was falling asleep at its songs and draw on their faces.

Haha, gotta love Jigglypuff. Always reminded me of Kirby though.