A Look Into Video Games: Nintendo On Atari 2600 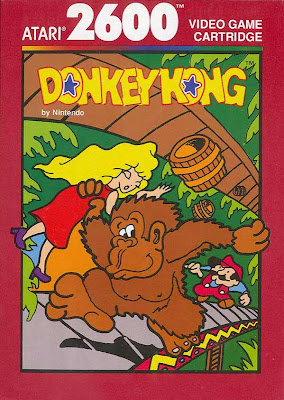 While Nintendo is known for never releasing games outside their own consoles (even PC) there have been a few exceptions in the early days. For example the old arcade games they released were ported to some other platforms before the NES came out. One of those was none other than the Atari 2600. 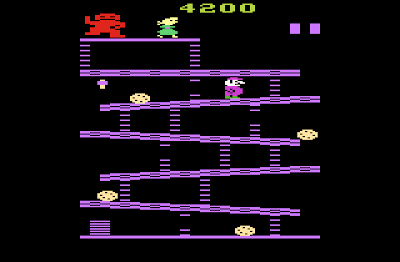 Is that suppose to be Donkey Kong? Why is everything purple? Why is Donkey Kong a big red blob? What's with Mario's beer belly? I can't tell if that's Pauline or Link from The Legend of Zelda. And who keeps throwing these cookies everywhere. 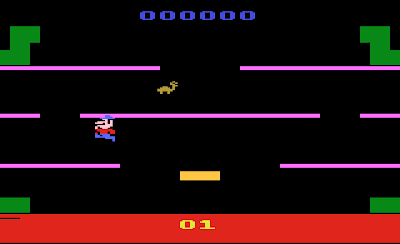 And Mario Bros also made an appearance on the console with maybe one or two others I can't remember. Pretty neat to see these awful-looking versions though.
Posted by Adam at 1:14 PM

These old school video games are the only ones I like! Well, except for The Sims and Guitar Hero. :)