A Look Into Video Games: Raticate 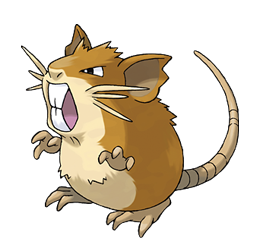 Raticate is one of the original Pokemon, and the evolved form of Rattata. I used them from time to time since he packs a decent punch. However later on he lacks the special ability or power to take on the stronger pokemon gym leaders. 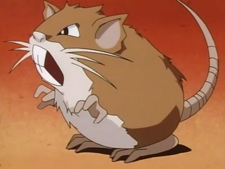 His Japanese name is ラッタ (Ratta) which is basically the English word "rat" which is kinda boring.
Posted by Adam at 4:54 PM

I remember in blue I had a Raticade for a while. And a Pidgeyotto

The evolved-form of a filler Pokemon.

That is a really boring name. :\

I hated them. Those fat rats. With their hyper fang attack. Rattata seemed much cooler despite being its pre-evolved form.