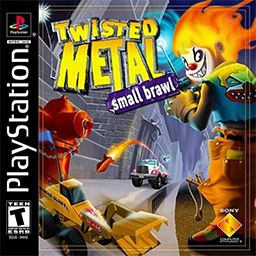 Twisted Metal: Small Brawl was a PS1 game released in 2001. While Twisted Metal: Black on PS2 revived the series to it's previous greatness, Small Brawl aimed at a younger demographic. Instead of violent death-matches, the story was broken down as a RC car competition on the playground. 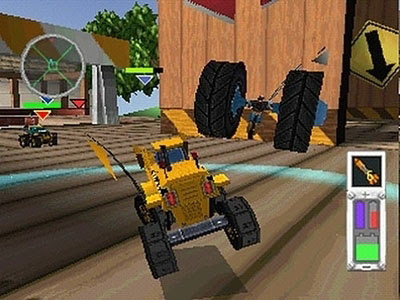 While the series has never been extremely controversial, Small Brawl was a pretty strange step for the series.  Ignoring all the theme changes, it did at least play like the rest of the series. 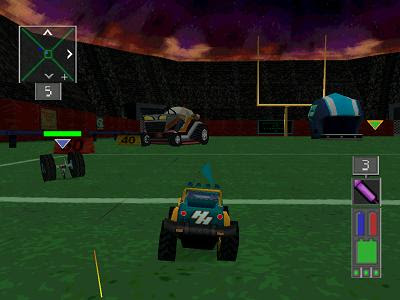 However Sony probably didn't put much time and effort in this game. Even though it had the same developer as Twisted Metal: Black, the time between the two games release dates was only a few short months. This side project of sorts was generally panned by critics from nearly all publications. I remember seeing some previews for it, and recall not even being tempted by it once so I never played it myself.
Posted by Adam at 3:08 PM

Twisted Metal were great games, but I found once you got used to a cars style of play, the levels all became kind of monotonous. Sure, you were driving around different levels, but killing the opponents never really got any tougher.