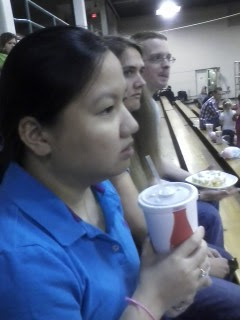 So last night, my girlfriend turned in her free tickets to the Shrine Circus. We had 3 nights to go, and luckily I had last night off. My brother Zach and his ex-girlfriend (who's stayed friends with him) Maryanna came along since we had 2 extra tickets to spare. 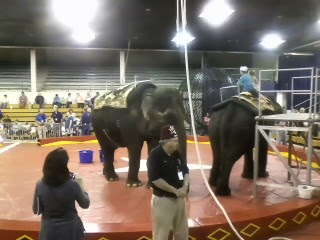 We got there a bit early so for roughly 45 minutes we had more than enough time to get refreshments and to find a good seat. They also had little activities out on the floor like pony rides, face-painting, and elephant rides. None of us paid to do any of those, but I'm surprised some of the kids riding the elephant weren't scared. There's no real seat-belts from what I could see, just a bar attached the mat you sit on. 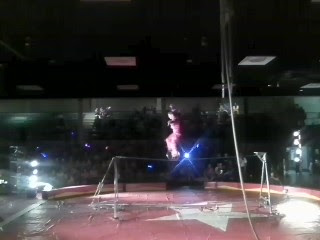 But the show lasted between 7pm to 10pm with a decent break in the middle. They had a good variety of acts. I was probably the most impressed with the tight-rope guy. Rode a unicycle and did a back-flip on it. Can't believe anyone is that skillful. 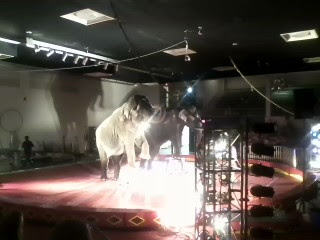 I also liked when the elephants had their real circus act. They pretty much had the act on-spot since they cooperated perfectly with the lady in charge of the act. 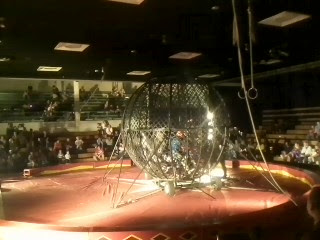 Then they had the motorbike in a cage guys do their act. I can't believe the nerves of steel they must have. One tiny mistake could lead to disaster.
Posted by Adam at 6:30 PM

aww the good ol' circus! I love most of their acts, they are nail-biters!

sounds like a lovely day out.
i cant remember the last time i went to a circus :p

I was there (NOT) sorry if anybody thought that was mean where is the shrine circus ?????!!;)