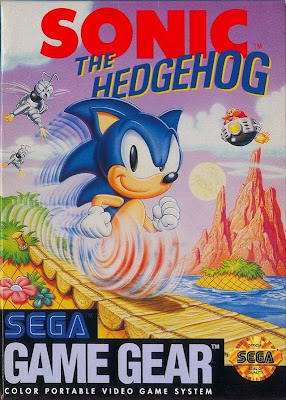 While I've avoided his more recent critical failures like Shadow the Hedgehog & his infamously terrible title Sonic the Hedgehog (2006) on PS3 and Xbox 360, I've had my fair share of bad Sonic games. While I don't think his original Sega GameGear outing was the worst thing to ever grace the handheld, it was put on the list for being pretty disappointing. 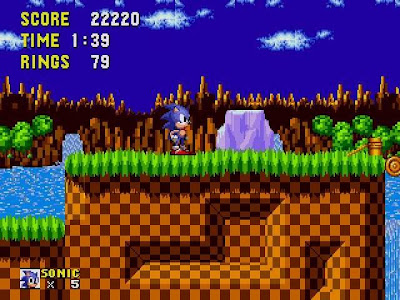 Which is sorta understandable because the original game on Sega Genesis and it's three sequels took pride in the fact that the system had a fast processor (at the time) giving the game its "speed". So the GameGear version obviously wasn't going to deliver the same experience. 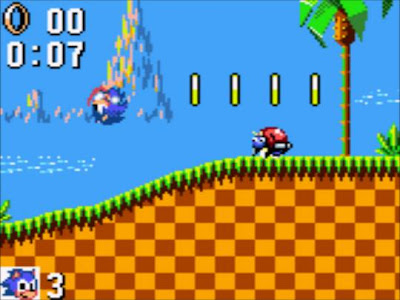 I will say that it at least gives you an idea of what Sonic would be like on a system comparable to the NES. Which is neat in a retro way, but it won't get much points in the cutting-edge department. 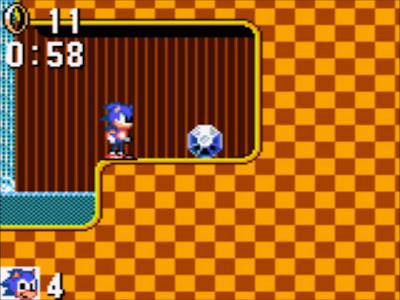 And the game isn't exactly a strict de-make either. The levels (at least what it seems to me) are more like a mix of the original and some newer ideas. Which isn't a bad thing I admit. 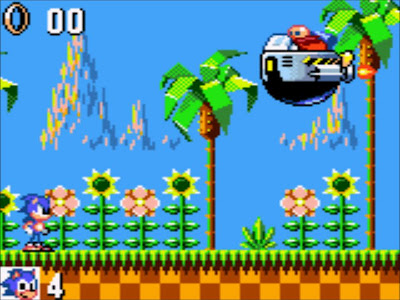 But in the end, what brings Sonic's GameGear first outing to a screeching halt was the system's limitations itself. While it was a pretty impressive handheld game at the time of it's release, it just couldn't run with the Genesis games in terms of power. The lack of speed pretty much kills the fun Sonic ever had since that's what the series is all about. I'm thankful Sega wanted to give fans a Sonic game for the car ride, but even though intentions were good the final product wasn't up to par.
Posted by Adam at 11:30 AM

Sonic Hedgehog was one game I couldn't get into on Nintendo. This reminds me I haven't played Nintendo in ages.

this was my first sonic game lol