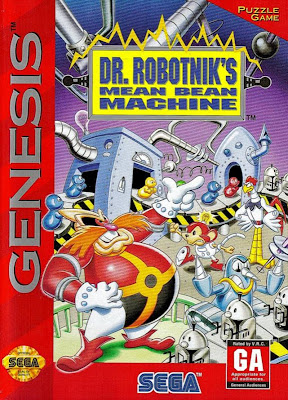 While I didn't hate many games during my childhood, this was one of the few that I despised. Sure it was a spin-off game, but I never liked it. 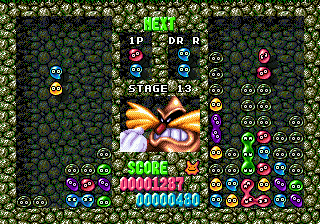 During the golden age of Tetris, many companies churned out their own puzzle games hoping to get a similar success story. Sega released this game with a Sonic theme in hopes that Americans and Europeans would buy it. 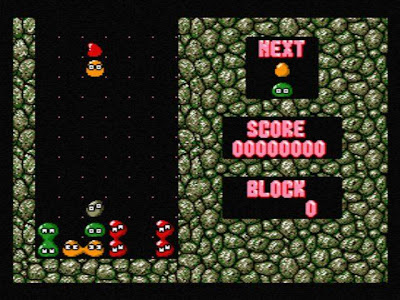 The game was based on Puyo Puyo (known to Americans as Puyo Pop) a puzzle game released for various systems. 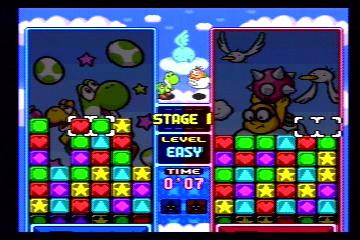 To be fair Nintendo did the same with Tetris Attack which was Panel de Pon with a Mario theme. The only difference is that Tetris Attack was based on a good game. 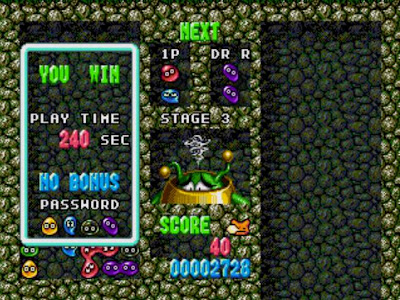 While Mean Bean Machine might have a decent design, I think it's way too boring and bland as a puzzle game. Even though I'm an excellent Tetris player (probably the game I'm best at) I was never very good at this game. My brother would always kill me in the versus mode. Which has stung deep into my memory over many years. Like Sonic 3 I've given it many extra chances but to no avail.
Posted by Adam at 8:00 AM

Wow, now you've mentioned it I remember this game. I totally forgot it.

i kinda like these sort of games, cause they consume time at work.

Wow, I remember this game! Not only that I once played it, but also that I felt ripped off. Sonic is supposed to be running around and doing loop the loops, not stacking Tetris blobs. That's what you get for giving Robotnik his own game I guess.

i loved it okey -.- i came here because i was looking for this game :D
and i loved the 2 players mode!

Thats a really good game... sometimes its nice to use the head xD not run like a stupid.