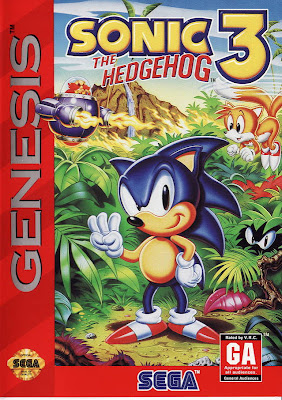 Even though there's a lot of people who think it's one of the finest games in the series, the 3rd major Genesis title was one of the first video games to really disappoint me. The first two were fantastic adventures, and Sonic 3 should have been a win-win. 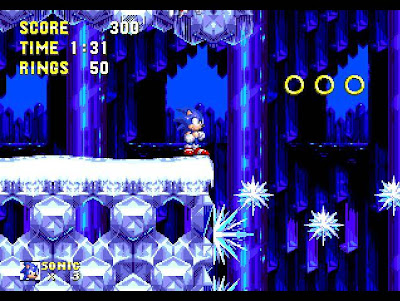 At first I thought it was just my lack of skill as a kid, but as the years went on I never got much better. About every five years or so I'll give it another chance and I always end up with the same result. I think one of the reasons is that the game is more puzzled based than other Sonics. For a series where running at the speed of sound was required, it's a little ludicrous to have a direct sequel with so much stuff preventing you from passing to the next area. 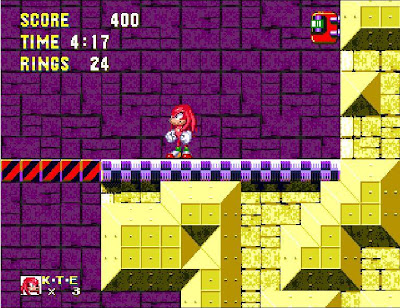 Even Knuckles as a bonus character wasn't enough to forgive this game. I tried my best to like Sonic 3, but there's just so much to hate.
Posted by Adam at 12:50 AM

I can't stand Sonic in general. I never quite got the appeal.