Random Photos From The Past Few Days: Frozen Yogurt, Pizza, and Dragons 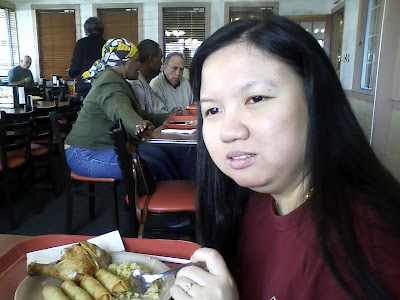 My girlfriend Daisy and I went to the local county Democratic party monthly lunch at Golden Corral. It's a decent restaurant, but when I go to these Dem. lunches I just get the free water. 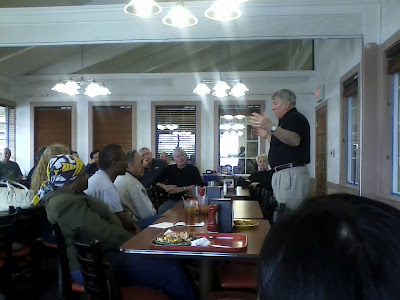 While the intended speaker was some State Rep., he couldn't make it due to duty in Columbia. So SC Senator Glenn Reese (D-Spartanburg) (who also owns the local Krispy Kreme) talked in his place. It was actually a really good speech as he covered some economic issues, Republican amnesia on gas prices, and the resignation of Lt. Governor Ken Ard.
The Tea Party-backed Republican quit after facing ethic violations on use of campaign funds (i.e. using money for personal use), and Senator Glenn F. McConnell took his place as state law states. Even though McConnell is a Republican, Reese deemed him as about half Democrat and that the Tea Party is glad to get him out of his powerful position and in the more ceremonial role as Lt. Governor. 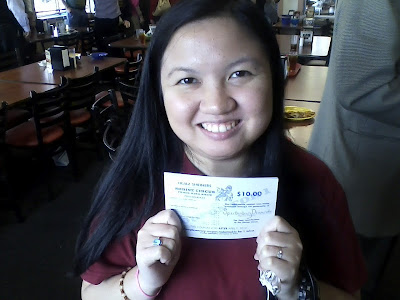 Well anyway the Spartanburg Democratic Party held a little free mini-raffle drawing for 4 free tickets to a upcoming circus, and Miss Daisy won! She was so happy. She's actually never been, and I haven't seen one since I was 2. So we'll be watching a show that has a bunch of elephants and clowns prancing around that isn't the Republican presidential primaries. 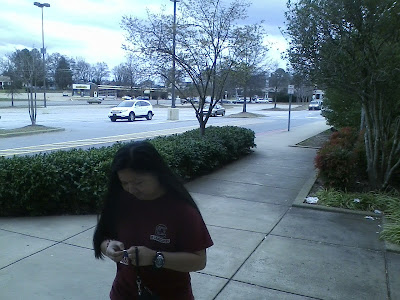 After that we went to the mall. 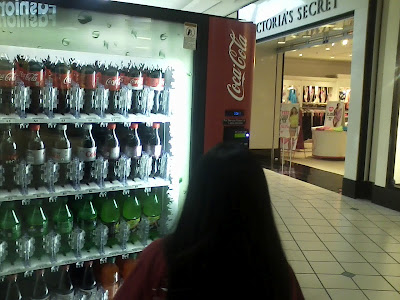 We didn't even walk past Victoria's Secret before Daisy went to the soda machine. She apparently "forgot" to get a to-go cup while at Golden Corral. 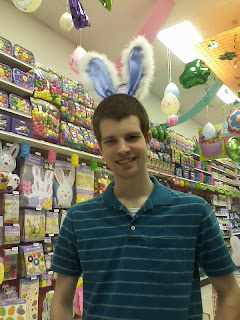 We then went to Party City, and Daisy made me wear these Easter Bunny ears. My nickname from Daisy is Bunny, so she couldn't' resist. 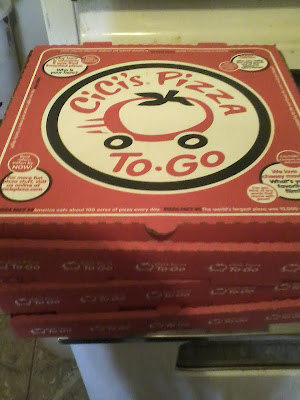 They had a CiCi's Pizza in the same shopping center, so I got their "3 medium pizzas for ten bucks" deal. It's not the greatest pizza in the world, but 3 pizzas for that much is a steal. 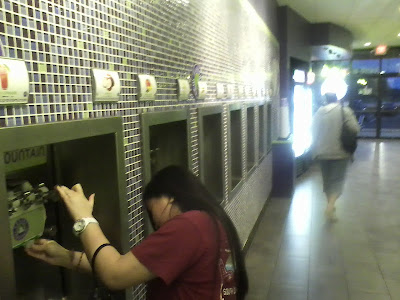 We went back to my house, but after awhile the house got clogged up because my brother bought a new bed, and his girlfriend came over. So we needed to get out of house to escape boredom so we decided to check out this new Yogurt Mountain place which sells self-serve frozen yogurt. I found out to my suprise that one of my high school friends is now one of the managers. 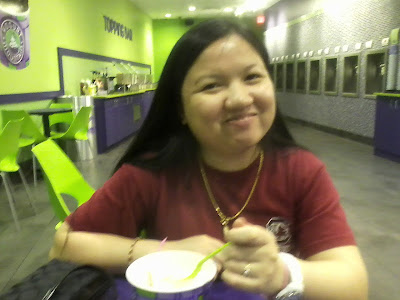 Daisy seemed to enjoy her flavors. Though she forgot what she put in there. The flavors are a little odd, but the sample cups we had let us try almost all of them. I only disliked one of them. Cake batter frozen yogurt is actually not very tasty. 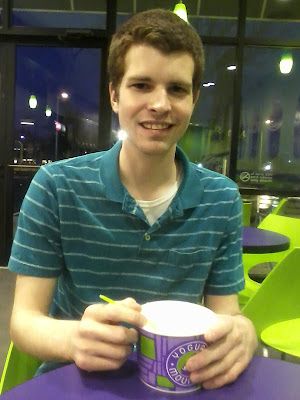 I got a mix of homemade vanilla and cherry limeade. Not too shabby. 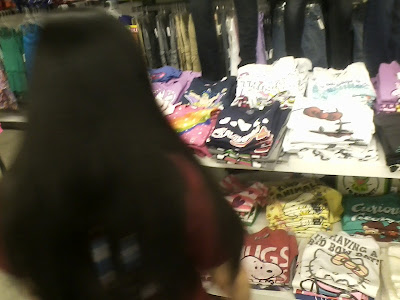 We also went to the nearby Old Navy. They closed down their first local store, and built a new one awhile back. It's the first time I've been in the new one, and at least it doesn't look like a warehouse anymore. I never buy anything in there, they have a rather boring men's section. They have nice stuff for Daisy though. 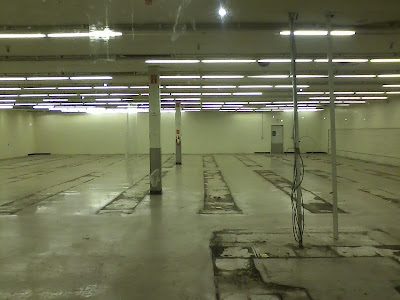 While in the shopping center, we passed by the Dollar General that recently closed down. So sad, the center recently got a lot of new places and now one of the longest-standing stores is no more. I hope something new and better comes to fill in the void. 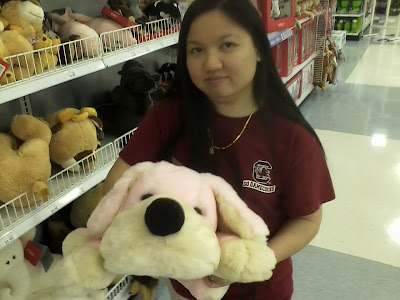 We then went to Toys R Us and Daisy started posing with all the stuffed animals. Such as big pink dog that is the girl version of the one my mom got her for her birthday. 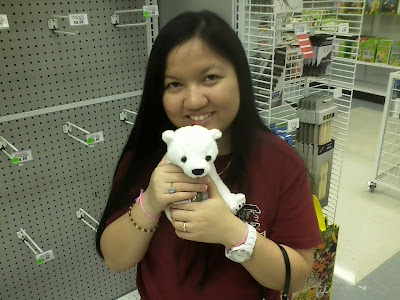 She can't resist polar bears either. 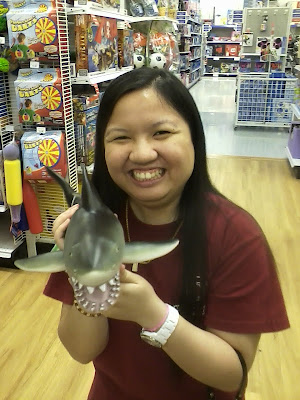 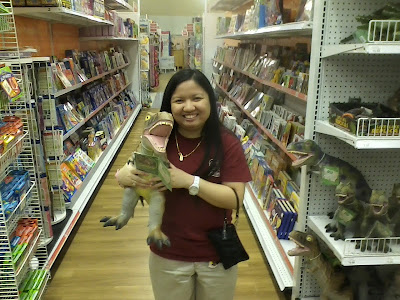 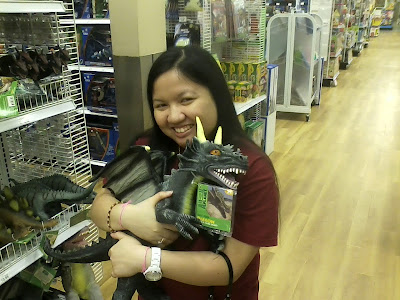 She then called this dragon "cute".... 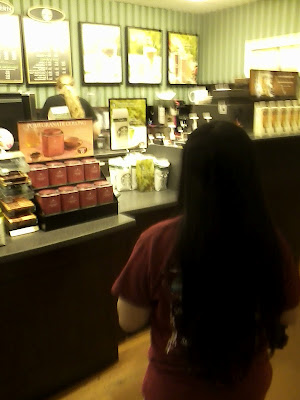 We then ended the night at Barnes & Noble. Daisy snuck off to the cafe to buy a root beer.
Posted by Adam at 7:37 AM

haha can't beat free water right?..lol....you sport the bunny ears well, the easter bunny better watch out or you could take over his job. The dragon cute? not so sure but cool looking it is.

vanilla and cherry limeade...i will have to try that...pretty cool on winning the mini raffle too...free swag is not a bad thing...