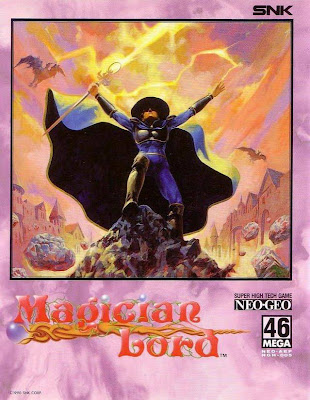 I originally played this game via a SNK Classics Complication disc for Wii. While it was one of the titles that stood out amongst the disc, it goes to prove that just because you're unique doesn't mean you're special. 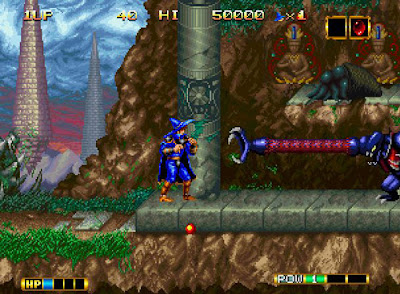 The game feels like Super Mario Bros. meets Golden Axe. There's some plat-forming involved, but it's also some beat-em-up action with magic.

That sounds all swell and good, but eventually the difficulty hits this steep curve. Then the game stopped being fun, and turned into an impossible chore for me. I like some of it's ideas, but the final product was a mess in my opinion.

Never heard of this games before, but it looks quite nice.

Arrg! I hate games like that!! (the Tick game is the worst!)

I think I played it and liked it actually....

Wow you had a neogeo? That's pretty cool.