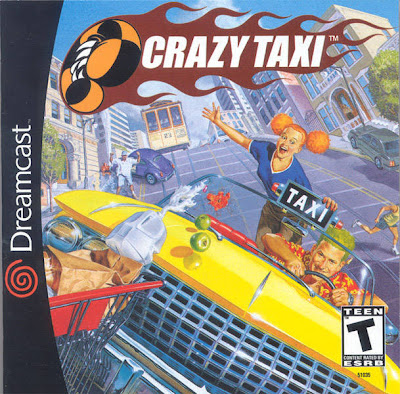 Back in the early 2000's I missed out on the Crazy Taxi craze. By the time I heard of it, Sega kinda let it fade into obscurity. I did have The Simpsons: Road Rage on Gamecube which was a Crazy Taxi-clone, and I have to admit I loved that game a lot. So I was pretty excited to the play the game that came up with the idea, and the Xbox Live Arcade version is based on the Dreamcast version in-case you're wondering. 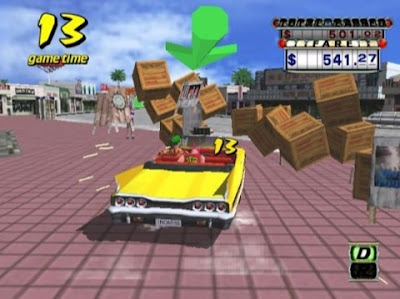 For those who don't know the series, the point of Crazy Taxi is to pick up customers and drive them as fast as you can towards your destination and make as much fare money as possible. You get bonuses for stuff like thrilling jumps or damage to stuff on the road. The Dreamcast/Xbox Live Arcade version is combination of the arcade original and a few original modes exclusive to the home console market. 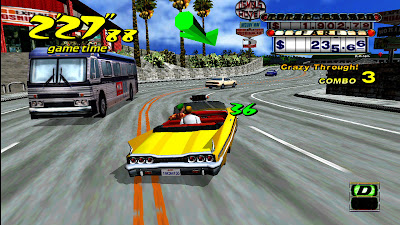 Unlike The Simpsons: Road Rage, the original Crazy Taxi features not nearly enough areas to explore and the difficulty is demanding. I can understand the arcade mode being tough since they designed the game to take many quarters, but the new modes aren't much better. No matter which cab driver I choose, I try as hard as I can but I still flop around the 3rd or 4th customer. Then it's Game Over and I'm apparently told I'm a failure by the game itself. 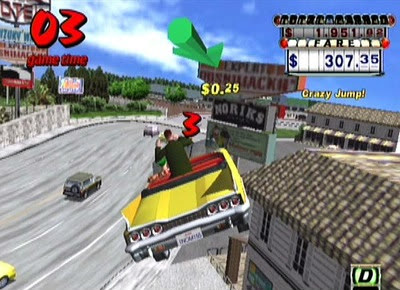 I'm still scratching my head on how people found this game exciting back in 2000. I can't find much fun in a game with unforgiving tasks, and little content. I also found the controls pretty horrendous (especially shifting between drive and reverse), and losing precious time by getting stuck on some random object didn't help matters either. It might of been a hit for Sega fans but it hasn't aged like a fine wine. When I opened the bottle, I just found expired grape juice.

That's unfortunate. Though I love that analogy at the end. I'm stealing it for future use one day. :P

Kind of stinks to see such a great classic game get a bad remake. Though it's pretty common nowadays, companies just want to make a quick buck off nostalgia.

Some games just don't hold up. I wish they'd put rock n roll racing out, that be great, unless they mess it up.

some times games just fail because of other factors

LOL I love this game!! A game I actually knew? Bonus points!