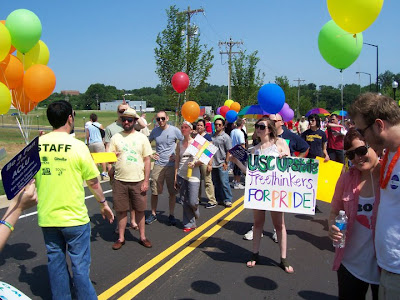 Last year was the first year that I started to get involved with the local Democratic party. They had also recently started a LGBT rights pride march and I think this Upstate Pride last year was only the 3rd or 4th one they've ever done. While it might not sound impressive, this is in a very social-conservative part of the state of South Carolina which is already know for it's intolerance on a political level. So the local party leadership needed people to help march and represent so I along with many other members took the call. 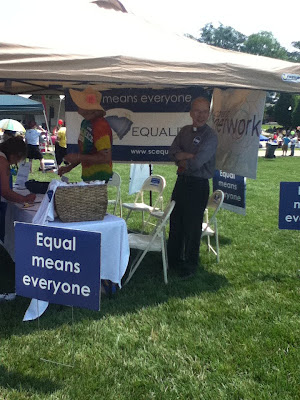 Besides the actual march there was some booths where you can buy products or get free info. Mostly free info and pamphlets.

I almost slept late that morning, but luckily got there a tad early. We didn't have to wait too long for the march to get started. 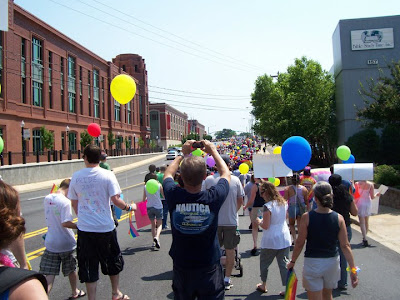 I think the newspaper said about 700-1000 people marched, and that sounds legit. We were in the back, but there was still a good bit of people behind us. 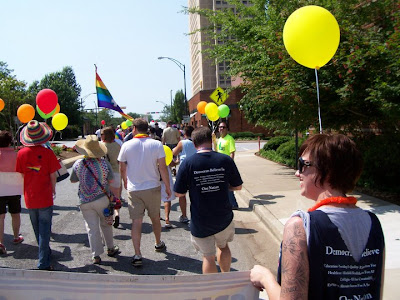 While the march didn't have many people on the sidewalks, most of the supporters from all walks of life got in the march itself. 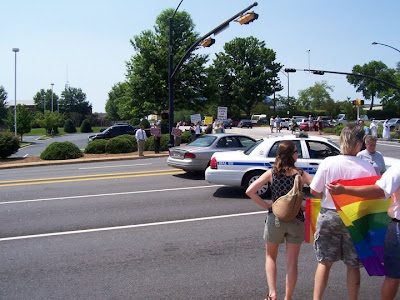 But the ultra-religious protesters were there as well. Thankfully the police confined them to the sidewalk. I heard horror stories of them causing a load of trouble last year. 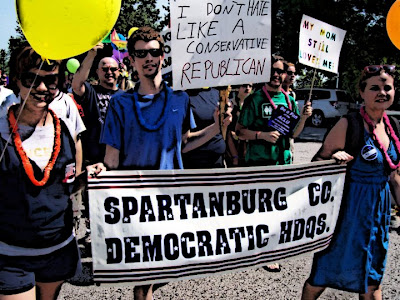 My sign got cut-off from the photo but it says "I'm a straight liberal democrat, and I don't hate like a conservative republican". The girl on the left Shana actually heard a policeman say "I see the Democratic party's here, where's the Republican party?" yeah I assume they might show up in about 5 decades or so.

I wish there were more of those marches in my area.

@Trolske, I feel the same way and I live in a pretty liberal town!

Great post! I love your sign - such a strong message. It's funny, though - the haters don't actually think they hate! Delusional.

equal rights to everyone! Very nice cause!

I agree with Dezmond. Also, can't say the Republicans will be joining you any time soon.