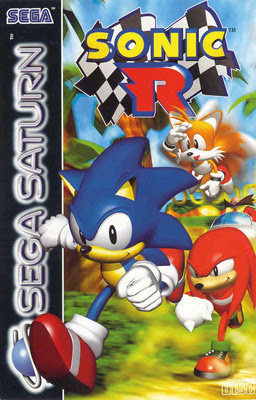 I actually remember playing the game brand-new at Toys R Us many moons ago. While I only had a few minutes at the demo station, it would be many years later where I'd actually get a copy of the game via Sonic Gems Collection on Gamecube. 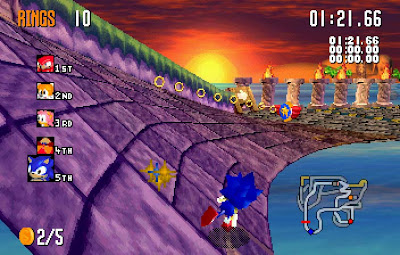 While Nintendo was enjoying immense success with the Mario Kart series. Sony and Sega desperately needed their own racer to compete with Nintendo's. While Crash Team Racing granted that for the PS1, Sonic R was the best Sega had to offer for the Sega Saturn. While it might look somewhat like Sonic Adventure, it was in fact a racing game, and the only person who drove a car was Dr. Robotnik. 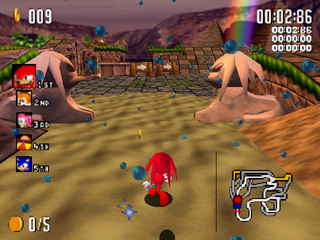 It's not a bad concept I suppose, but there was such little depth to the gameplay. Simple tracks with racing that feels like gliding on a glossy floor. Poor controls also add to why this game is on the list.
Posted by Adam at 12:17 PM

LOL I missed this one, glad I did. A racing game with no cars, hmmm, but for sonic I suppose it could work, too bad it didn't.

I actually thought Sonic R was... decent. And it spawned the Tails Doll!... Btw, Amy also drove a car. And Robotnik didn't really drive a car, he rode in that hover thing of his...

I never was a fan of Sonic to begin with. :\

I only remember hearing about this one, but didn't know they didn't have any cars. That seems kind of... odd. Even for Sonic.